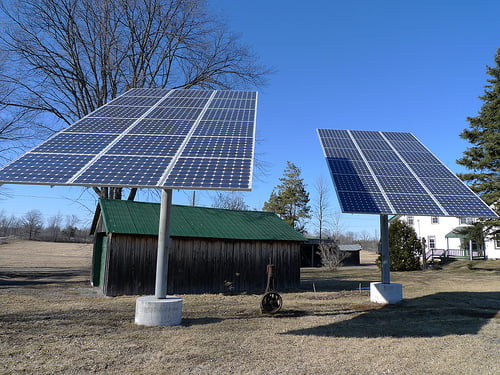 The UK and Germany are among those against the punitive tariffs, while Italy and France voted in favour.

In April, the European commission begun an anti-dumping investigation into imports of solar glass from China, following a claim by a European company that the Chinese products had been sold at prices below market value, causing potential damage to EU solar manufacturers.

Earlier this month, the BBC reported that an anti-dumping import tariff of 47% was being considered by the EU to safeguard European producers from unfair prices, but industry representatives have warned that such “dangerous protectionism” might have an even worse effect on the market and green jobs.

De Gucht said China was putting pressure on member states to reject the tariff. However, opposition by 18 member states has paved the way for a negotiated solution, starting with a meeting between De Gucht and the Chinese vice-minister of commerce Zhong Shan.

EU trade spokesman John Clancy said after the meeting, “Our trade defence actions are about getting ‘trade justice’ for our companies and workers.

“But, of course, if the injury can be removed on the basis of a Chinese undertaking instead, the commission will look at any proposal to be made after the imposition of provisional measures, if any.”

Commenting on the vote, Paul Barwell, CEO of the Solar Trade Association in the UK, said, “The results of this vote send a strong signal to the European commission that these duties would do much more damage than good to the European solar industry.

“If duties are imposed, panel prices will rise across the board, and consumers and installers alike will lose out. It makes no sense to safeguard 8,000 manufacturing jobs by sacrificing up to 200,000 jobs in the wider industry.”

The final decision on provisional measures will be made by June, while the investigation could go on until December.