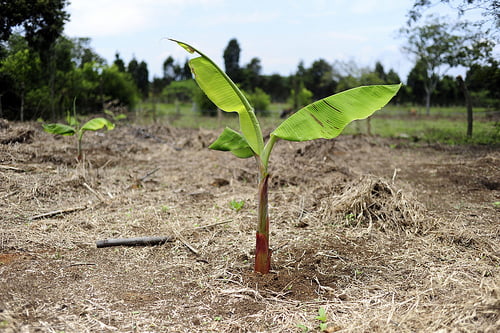 Energy secretary Ed Davey has announced that the UK will pledge £1.5 billion towards an international fund by the end of the year, in order to assist poorer countries fend off the impacts of dangerous climate change.

The money will form part of a global objective to raise $100 billion (£62 billion) a year for developing countries by 2020.

To begin with, the UK will help fund renewable energy in Africa and sustainable farming in Colombia, as well as helping poorer nations in emissions reduction.

“Climate change is a global threat and with every passing year, the nature and the extent of that threat grows clearer”, said Davey, who is currently attending climate change negotiations in Doha along with energy minister Greg Barker.

“We also recognise that the world’s poorest will be hit the hardest by the impacts of climate change and we need to help communities adapt to these challenges.

“Climate finance is fundamental to building resilience and capacity for countries to mitigate and adapt to climate change.

“Our focus will be on results that make a difference on the ground and we are working with a variety of partners, including developing countries, other donors organisations and the private sector to deliver this.”

The government’s plans have been met with mixed reaction. Some groups, such as global justice campaigners, the World Development Movement (WDM), are sceptical about the funding.

“While it is good that the UK government has reaffirmed its previous commitments on climate finance, it looks like it has continued to move in the wrong direction in terms of how to spend the money”, said Alex Scrivener, WDM’s policy officer.

“Most of the money will be spent on projects that put big business rather than the poor in the driving seat. This means we may see more large-scale corporate energy projects which fail to boost energy access.”

Scrivener added that the money that makes up the Department of Energy and Climate Change’s climate finance plan could bypass those most in need, and instead end up in the hands of multinational companies.

“The UK government is trying to present itself as being progressive on climate change by making this announcement at Doha. But this conceals a pro-corporate agenda which risks channelling money meant for the poor to benefit big business”, he said.

“The UK’s obsession with bringing in big business at all costs risks leaving projects that help poor people adapt to the effects of climate change without funds.

“These projects are often not profitable and are therefore not attractive to private sector investors. It is these vital adaptation projects that should be made a priority for support with UK public money.”

Former chancellor, Lord Lawson, was reported in The Telegraph as saying that the climate finance plan was an “appalling waste of money”. But Lawson is chairman of the climate sceptic thinktank, the Global Warming Policy Foundation, which republished the Telegraph piece on its website, copying and pasting the line, “The disclosure is sure to provoke anger among hard-pressed families”, in the article’s standfirst.

The Telegraph takes on an angle that says every household will contribute £70 to schemes that tackle climate change, and while this is true, much of the money will come from existing taxes, independent donors and the private sector.

The cost of not tackling climate change would undoubtedly be much higher to the average household, though. A report by European non-governmental group DARA in September outlined how $1.2 trillion (£745 billion) – or 1.6% of the world’s GDP – is being lost each year because of climate change – with that figure set only to rise if strong measures to reduce carbon emissions aren’t implemented.

And with the developing, poorer nations at “extreme risk” of climate chang, it’s up to developed nations to shape the way the world works through how we vote, invest and consume.

Bull added, “We are particularly pleased that the government has reaffirmed its commitment to climate finance beyond 2012 and to contributing its fair share of the $100 billion a year by world governments to tackle climate change.

“Britain has taken steps to showing the leadership that children around world desperately need.

“They must now show further leadership by encouraging other nations to commit money too, as we all need to play our part to combat climate change.”