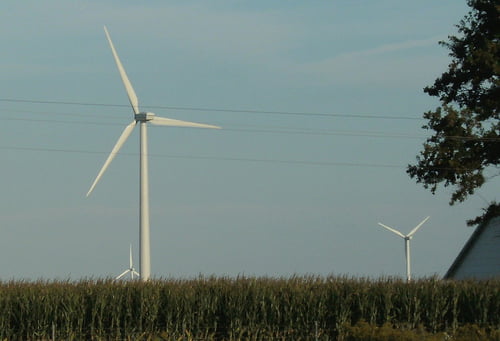 The energy bill is due to be formally announced at 11:30am today, but the latest instalment of Ernst & Young’s Renewable Energy Country Attractiveness Indices sees the UK slip down one spot to sixth place overall in the ranking.

Ernst & Young claim that “political miscommunication and lack of consistency over key energy reforms” are the primary reasons for this slide, with the energy bill’s lack of a decarbonisation target likely to have contributed.

China, Germany, the US and then India once again make up the top four most attractive countries for renewable energy investment, but Germany’s continued rise in prominence continued as it swapped places with the US.

“The UK renewable energy market has been hit by mixed and inconsistent messages by policy-makers”, said Ben Warren, energy and environment partner at Ernst & Young.

“While investors are looking for ways to invest in renewables to secure future supply and predictably priced energy, political limbo has left them very cautious before committing further capital into the UK renewable energy sector.

“We are now looking at the government’s new energy bill to restore the necessary environment of stability and trust that will attract further investment.”

However, Warren claimed that the government’s levy control framework is “a step in the right direction” but that further questions would need to be addressed in order to bump up investor confidence.

He added, “The inability to commit to decarbonisation targets before 2016, on the other hand, is a let-down, and perhaps a sign of the continuing tensions within government.

“With some policy-makers still seeing the expansion of gas plants as more critical to the country’s energy strategy, the prospect of a decarbonisation target is as uncertain as ever.”

Ernst & Young cited the continued confusion over the role of onshore wind in the UK’s energy mix as another reason for the country’s drop down the ranking. Less-than-reassuring comments from ministers such as John Hayes and in-party squabbling over the benefits of wind have cast a shadow of uncertainty over the industry in recent weeks, so it’s hoped that the publication of the energy bill today will shed some light on the situation.