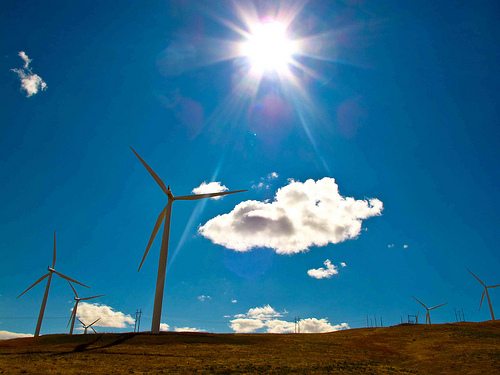 The UK has a “once in a generation” opportunity to attract investment and create jobs in the wind energy sector because of increasing demand, according to trade body RenewableUK and energy minister Michael Fallon.

Building an Industry, the study by RenewableUK and the Crown Estate, the UK’s sixth largest landowner, reveals the UK will need to supply 18 gigawatts (GW) of wind energy by 2020.

According to the 2011 government’s renewable energy roadmap, the UK has to increase the amount of offshore wind installed from the current 3.3GW to achieve this figure. Meanwhile Europe is required to contribute another 18GW.

RenewableUK’s chief executive, Maria McCaffery, said that we need to ensure that European competitors do not steal the UK’s thunder.

She said, “This is a once-in-a-generation opportunity. If we don’t seize it, the large-scale offshore wind supply chain factories of the future, making the enormous blades, towers and foundations that we’ll need to retain the UK’s global lead in offshore wind, will be sited elsewhere.

“We are determined to work with government to ensure that the UK capitalises on this chance to build an industry which will be the envy of the rest of the world.”

At a Renewable UK offshore wind conference in Manchester on Wednesday, where the report was unveiled, energy minister Fallon announced the creation of an Offshore Wind Investment Organisation (OWIO) to boost investment and job creation in the wind sector.

He said, “Offshore wind is a major success story for the UK, and we want to boost levels of inward investment.

“We already have more installed offshore wind than anywhere else in the world, and this brings enormous economic benefit to our shores, supporting thousands of skilled jobs.”

He added, “Through the formation of this industry-led partnership and through our support for innovation projects, we will boost the positive benefits that the offshore wind sector can bring to the UK economy.”