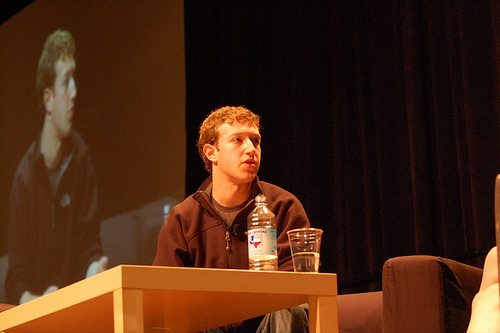 CEOs across the US pocketed increased wages and bonuses again in 2012, and for the first time two earned more than $1 billion in a single year, according to a new survey.

GMI Ratings’ 2013 CEO Pay Survey is based on an analysis of 2,259 North American publicly traded companies and the pay packets of over 2,250 CEOs.

The best paid was Mark Zuckerberg, CEO of Facebook, who scooped $2.2 billion (£1.4 billion) – over $6m (£3.7m) per day. The majority of this figure came from exercising share options when the social network went public last year.

Richard Kinder of Kinder Morgan came second in the ratings, despite having a base salary of just $1. He made $1.1 billion from selling restricted stock.

“In the more than 10 years that GMI has been publishing this report, I’ve never seen a top 10 highest paid list that loomed this large”, said Greg Ruel, senior research analyst and author of the report.

“While the companies in this year’s list have performed well over the past three and five year periods in terms of shareholder return, generally speaking, it’s the sheer size and volume of equity awards granted to these top executives that catapults their total compensation to astronomical levels.”

Although not all were as astronomical as those received by Zuckerberg and Kinder, GMI found that, on average, CEO pay had increased 8.47%.

The survey found that base salaries, bonuses and other forms of compensation had changed little from 2011, with much of the increase coming from the exercise of large blocks of stock options and the vesting of outsized restricted stock grants.

“While stock options are intended to align the interests of senior executives with shareholders, the unintended consequence of these grants is often windfall profits that come from small share-price increases”, GMI said in its report.

“With option grants numbering in the hundreds of thousands or even millions, CEOs at large companies in particular are able to profit by the millions for any positive gain over the strike price of their options. Furthermore, as Mark Zuckerberg showed when he sold $1 billion worth of stock at Facebook’s IPO, these paper profits can quickly be converted into cash through stock sales.”