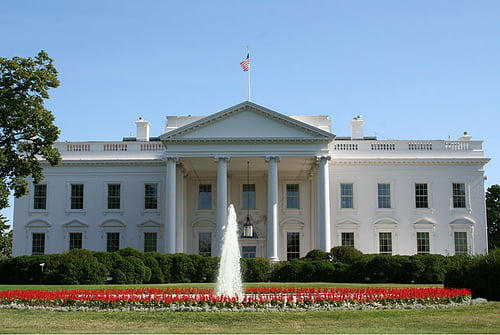 Nine out of 10 people in the US want to see a greater emphasis on renewable energy in their country’s future energy mix, according to a poll conducted by Ipsos on behalf of solar developer Sungevity.

The poll revealed that 89% of respondents are in favour of wholesale shifts to technologies like solar and wind, and makes for crucial reading for policymakers as the US prepares for its presidential election in November.

The Sungevity poll, though, ought to provide both men with food for thought over the country’s energy priorities as their presidential election campaigns continue to gather pace.

“The continued uptake of solar power can drive considerable economic growth for the American economy and provide critical long-term benefits to the environment”, said Danny Kennedy, co-founder of Sungevity.

“It’s clear that Americans support and see the bottom-line benefits of solar power.

“I’d encourage anybody with an interest in saving money, creating jobs and powering their home with clean energy to discover the ease and affordability of incorporating solar energy into their daily lives.”

The survey picks out solar power as a technology that the majority of the American population (80%) is strongly in favour of. This comes after a 550 megawatt solar development by MidAmerican Solar and First Solar – apparently the “world’s largest solar project” – began a major construction phase in May this year.

A further 81% of US respondents held the opinion that the White House and other official federal and state residences should be solely power by the sun – something that has happened in the past.

In 1979, then-president Jimmy Carter installed 32 panels on the roof of the official presidency residence in order to heat water. But just seven years later, his successor Ronald Reagan took them down. The Obama administration said in 2010 that panels would be put back up in the spring of 2011, but as yet, no action has been taken to implement this.

The results from Sungevity’s survey chime well with the renewable energy sentiments held by the public across the Atlantic, too.

A Friends of the Earth poll in April showed that 85% of Britons would prefer a governmental emphasis on clean energy rather than gas imported from overseas. And more recently, a Department of Energy and Climate Change (DECC) survey found a 77% majority were in favour of electricity from renewable sources. Meanwhile, 73% noted a support of offshore wind and 66% backed onshore.

She added, “The proof is consistent and overwhelming – wind, wave and tidal power is being seen by the vast majority of the public as the way we will generate increasing amounts of clean energy from secure home grown sources.”

Following the results of the Sungevity survey, Obama and Romney both have the chance to make a bold move. The American public have spoken. They want renewable energy.

Whether they get what they want is another story.