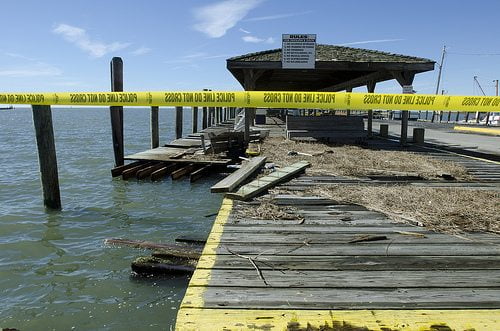 Five US states have made it compulsory for insurers paying out more than $100m a year to complete a survey on climate-related risks.

The ruling covers firms in Connecticut, California, Minnesota, New York and Washington that have significant annual premiums. The survey itself was initially voluntarily conducted on behalf of the National Association of Insurance Commissioners (NAIC), but has now been made mandatory.

Connecticut insurance commissioner Thomas Leonardi said, “As regulators, it is important that we identify those climate-related factors that can affect the marketplace and in particular the availability and cost of insurance.

“These surveys give us another window into the industry’s risk management practices as they relate to changing weather patterns”.

Questions in the survey cover such topics as how to prevent losses and identify those regions and businesses most at risk, as well as summarising current climate-related policies that the insurer may have.

Leonardi added, “I also believe that this information will be a help to the industry itself, its investors and its reinsurers, the sector of the industry that bears a great deal of risk by underwriting losses for the traditional carriers.

“This is another opportunity for the industry to help us all chart a safer and more prepared approach for significant weather events to ultimately mitigate damage and reduce costs for the consumer.”

A report by Ceres in March said that only 23 of 184 American insurers had effective climate change strategies, with many companies relocating abroad as soon as they felt that the extreme weather was harming their business.

Another study published in June by the Geneva Association stated that climate change is making parts of the world ‘uninsurable’.

Meanwhile, the Metropolitan Transportation Authority (MTA) in New York has started to sell a $125m ‘catastrophe’ bond that would cover the damages caused by future extreme weather events such as Hurricane Sandy, which devastated the state in October 2012.