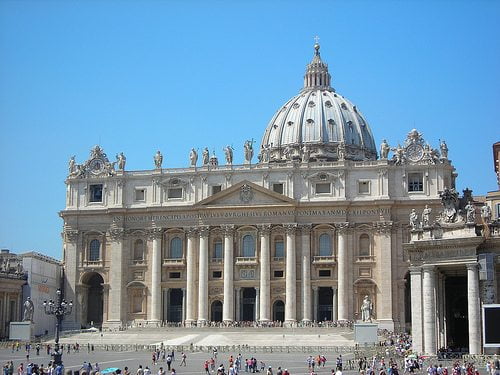 Vatican City has been upgraded to a rating of EE for ethics from its previous EE minus, following the country’s moves to fight money laundering and make its financial operations more transparent.

The upgrade comes courtesy of Standard Ethics, an EU agency that rates countries within the Organisation for Economic Co-operation and Development (OECD) on sustainability, responsible conduct and governance.

The countries that score the highest mark – EEE – are Denmark, Iceland, Norway and Sweden. The UK is rated EEE minus, along with other EU countries such as Germany, Austria and Spain.

Vatican City used to be ranked EE minus, alongside Brazil, Mexico and Romania, but recent measures to tackle corruption and illicit funding have allowed the country to move towards a more positive EE rating.

According to Standards Ethics, the upgrading has been achieved thanks to relevant steps taken to fight terrorism funding, money laundering and illegal financial operations. In addition, one of the latest Vatican laws issued in October pushed for more transparent and controlled financial moves.

Overall, the rating body argues that these measures show the commitment to create a sustainable and long-term system to watch over the country’s financial behaviour.

In August, Pope Francis called for stricter regulations over the Vatican Bank’s operations, after three people from the Institute for the Works of Religion (IOR) – the other name of the bank – were arrested for fraud, slander and corruption.

The pope said that he wanted to bring the bank on an ethical path and started a series of measures to reform the IOR, including the creation of a committee on financial security.