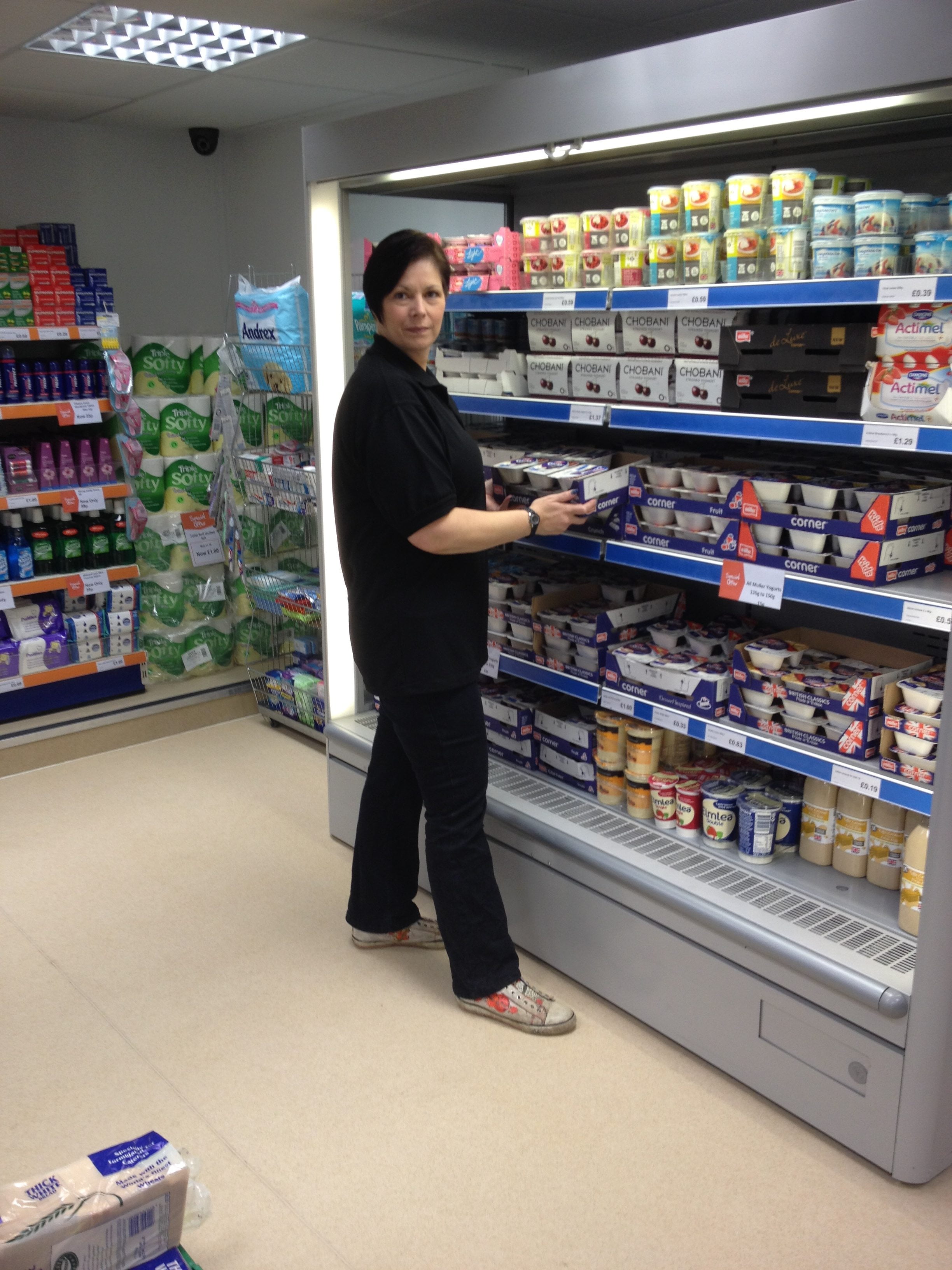 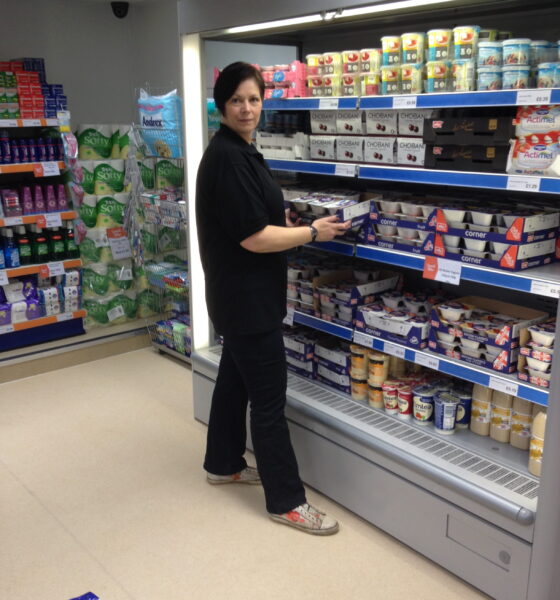 Britain’s first social supermarket opened its doors to customers in Goldthorpe, Barnsley, on Monday, giving 500 people in the area the opportunity to access high quality food marked down by around 70% when compared to mainstream retailers. But why is there a need for this in 2013? Nicky Stubbs went to the Community Shop to find out.

A few days ahead of the opening of Community Shop, staff were wandering around sticking things out on shelves while workmen added the finishing touches to the outside of the store. From the front of the shop, passers-by cannot see through the frosted glass, amid worries that shoppers would be stigmatised by fellow locals.

The Community Shop, which is the UK’s only ‘social’ supermarket, has a membership criteria which allows only those claiming in or out of work benefits and pensioners to join.

Sarah Dunwell, the social entrepreneur behind the idea, who worked with parent company, the Company Shop, told Blue & Green Tomorrow about the need for the concept.

“Food poverty is a particular problem at the moment in the UK. With so many people on the poverty line, we want to be able to empower people to get out of these difficult financial circumstances, without having to turn to food banks, and to be able to give them the right access to skills in order to do that”, she said.

Dunwell’s claims are backed up by figures released by the Trussell Trust, a food poverty organisation, which said only last week that it has given out 500,000 emergency food parcels to families struggling to meet the rising cost of living. These very same families are often faced with the extremely tough decision of paying bills or putting food on the table. The charity claimed that this year, UK households are facing their “toughest ever winter”, and warned that George Osborne’s declaration in last week’s autumn statement that the economy is recovering was “not filtering down”.

But there is more to the Community Shop than first meets the eye. The food that is sourced, which is surplus stock, would usually go to landfill due to packaging errors or omissions of some minor nutritional information. The store has successfully managed to secure contracts with Asda, Morrisons, the Co-operative Food, Marks & Spencer, Tesco, Mondelēz, Ocado, Tetley, Young’s and Muller.

Dunwell is insistent that helping out those in need is not simply about matching them with affordable food. The Community Shop has a ‘community hub’, where customers can access a range of services to help them out with other difficulties that they may be faced with.

“If we just gave people the opportunity to buy affordable food then we aren’t really tackling the root of the problem. We act as a signposting service and have come together with a number of agencies to provide support”, she said.

“We’re working with Citizens’ Advice, debt advisors and other agencies to provide people with the support to be able to lift themselves out of this position and overcome the challenges they are faced with.”

Customers can also access cookery lessons, a service which Dunwell claimed is vital to encouraging people to undertake healthier lifestyle choices, as well as employment workshops and CV building classes.

If successful, the Company Shop plans to roll out the business model to other areas of the country, with six stores in London and 14 stores elsewhere.

But to return to the frosted window, why should the supermarket feel the need to shield its punters from the outside world? Why should people have to do their shopping undercover over fears of stigmatisation?

The existence of the welfare state is not to simply label those being supported by it as scroungers or lazy. Meanwhile, the range of other services on offer at the Community Shop show that there are people out there genuinely trying to help those in need where the welfare state is being slashed to such an extent that people are having to make choices between heating and eating.

What we shouldn’t do is kick people while they are down. These are tough times for everyone, and the recovery of our economic system seems to be coming at the cost of the poorest in society. It is sad that in 2013, the third sector is still having to step in to support people who have been largely failed by both the private and the public sectors.