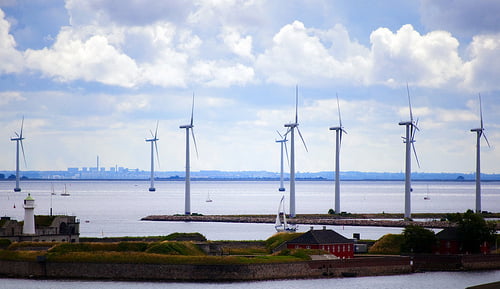 A new study by the WWF has said that a scenario in which the EU was 100% renewably-powered by 2050 was feasible if member states co-operated on energy policy.

The report, called Putting the EU on Track for 100% Renewable Energy, has been published ahead of European Commission discussions over Europe’s climate and energy plans for after 2020.

By 2030, the WWF says that the EU must reduce its energy consumption by 38% compared to current projections and generate over 40% of its energy from clean sources.

It adds that by doing both of these measures, greenhouse gas emissions would fall by 50% compared to 1990 levels.

“Improving on Europe’s 2020 climate and energy targets by introducing an ambitious package of post-2020 measures is a win-win situation for everyone”, said Jason Anderson, head of climate and energy at WWF’s European policy office.

“It would not only help reduce the impact of climate change, including huge health and environmental costs, but it would also help to generate up to 5m jobs, significantly boosting the economy.”

The WWF’s report comes after a European Commission poll found that all but two of the 27 EU member states boast public support for clean energy in excess of 50%. This is despite only eight deriving more than 20% of their gross final energy consumption from renewables.

Overall, though, 70% of people in the EU believe clean sources of energy should be given priority in the next three decades.