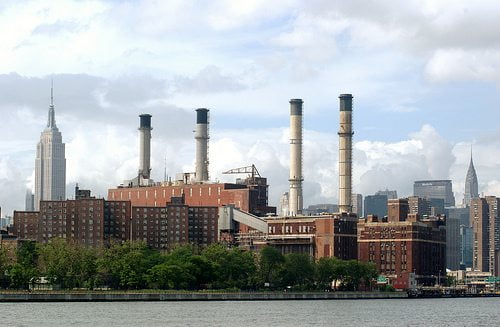 Some 60% of Americans would support a carbon tax if the revenue went towards a worthy cause, such as investment in renewable energy, a new poll has revealed.

The survey, undertaken by the University of Michigan and Muhlenberg College, finds that support for a tax on fossil fuels increases significantly when the destination of the revenue is disclosed.

When respondents were asked if they would support a policy of taxing carbon-based fuels to reduce greenhouse gas emissions with no use for the revenue specified, only 34% said yes. When divided by political allegiance, 47% of Democrats said yes, joined by only 15% of Republicans.

Overall support dropped even further, down to 29%, when it was suggested the policy would also raise energy prices.

However, when the survey asked whether respondents would back the tax if the proceeds were poured into renewable energy research and development, 60% of respondents said yes.

Significantly, even a slight majority – 51% – of the declared Republican respondents said they would support this kind of tax.

No plans are currently on the table for a carbon tax in the US, but the idea has at least gathered supporters in recent years.

In a recent interview for Showtime’s climate TV series Years of Living Dangerously, US president Barack Obama said that an effective price on carbon would be the best way to help the market cut its contribution to climate change.

“If there’s one thing I would like to see, it’d be for us to be able to price the cost of carbon emissions,” he said.

“I still believe, though, that the more we can show the price of inaction — that billions and potentially trillions of dollars are going to be lost because we do not do something about it — ultimately leads us to be able to say, ‘Let’s go ahead and help the marketplace discourage this kind of activity.’”

Another country now without a carbon tax is Australia, where the government has just abolished its own levy on polluters.

“With the senate’s vote today, Australia not only lurches to the back of the pack of countries taking action on climate, but sees the responsibility of emission reductions shift from major polluters to the taxpayer,” said John Connor, CEO of The Climate Institute think tank.