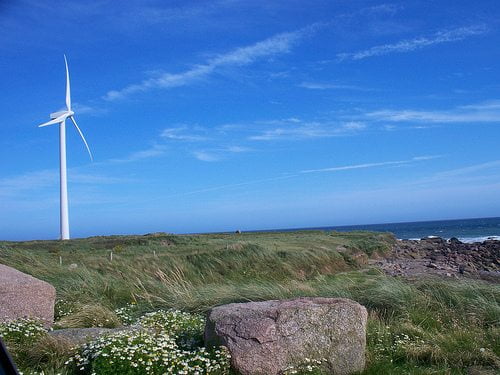 The majority of Britons (70.1%) would be happy to have a wind farm constructed in their local area, according to a poll commissioned by the Mail on Sunday.

A similar figure (68.1%) said they would prefer to live near to a wind development than a fracking plant, if forced to choose between the two.

Figures from the poll, conducted by Survation, were used in a Mail on Sunday article this weekend, which led with a statistic that said 60% of people were opposed to so-called green taxes.

Speaking on Wednesday, David Cameron said he wanted to “roll back” environmental regulations in order to reduce household bills. Liberal Democrat energy secretary Ed Davey has since vowed to “fight like a tiger” in order to preserve them.

The Mail on Sunday article, headlined Britain says ‘no’ to green levies: More than half of voters object to paying eco taxes, failed to mention the positivity towards renewable energy.

She added, “This vote of support is consistent across age groups, voting intention and region of the country. In other words for politicians no matter which party you represent, or where in the country you are, if you oppose wind you’re out of touch with your voters.”

Respondents of all political hues also showed support for local wind projects, with those who said they would most likely vote for the Liberal Democrats at the next general election the most positive towards such plans (81.1%).

Responding to the results that suggested Britons didn’t back green taxes, Webber said, “What’s clear is when directly asking whether they favour government spending money into the future encouraging wind, a majority of people say yes.

“Currently wind adds less than £20 a year to consumer bills, but we’re not taking this support for granted, and the wind industry is going to work hard over the next few years to reduce costs even further, ensuring that we have a clean, secure, affordable energy source which can provide tens of thousands of jobs in areas of the country which need them most.”

Wind power was contributing nearly 14% of the UK’s electricity on Sunday evening according to UK Energy Watch, as strong gales swept through southern parts of England and Wales.