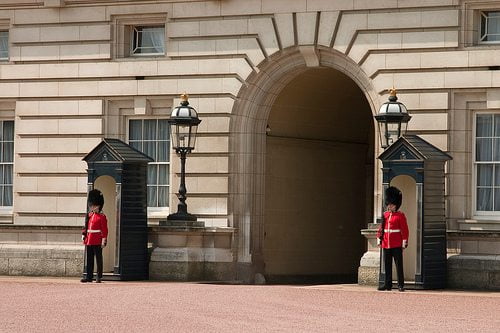 News that the royal household’s finances are under strain illustrates how the cost of living crisis can affect just about anyone. Support for the monarchy remains strong and the institution’s ability to renew itself has made it sustainable. Could renewables make it economically sustainable?

The monarchy receives a share of the profit from the Crown Estate (valued at £8.1bn) plus income from the Duchy of Lancaster (valued at £429m). Environmental champion and conservationist, Prince Charles is supported independently by the Duchy of Cornwall (valued at £728m). The assets are considerable, but the three are constrained on how they invest or liquidate assets.

While profits have doubled, it seems that there is insufficient funds to maintain the expenditure and many palaces of the royal household.

The public accounts committee, under Boudicca-like warrior Margaret Hodge, levels the blame at the Treasury and managers of the household’s finances. However, the problem of not having enough money has plagued royal households over the centuries.

Kings and Queens needing more cash from their subjects opened the door to the parliamentary democracy we have today. “No taxation without representation”, was a battle cry that preceded the events of the Boston tea party.

In reality, the Crown Estate will enjoy a windfall over the coming years from offshore wind, tidal, wave and ocean thermal energy. Owning most of the seabed 12 miles out to sea and half of the foreshore creates a huge future revenue stream. In a Rumplestiltskinesque plot, rather than weaving gold from straw, the monarchy will be able to weave gold from the wind, tides and waves.

The Crown Estate’s commitment to profit optimisation rather than maximisation is a welcome shift to much needed long-term thinking.

Additionally, sustainable, responsible and ethical investments delivered strong returns in 2013. This is set to get stronger as the issues that spur such investment’s growth become more serious. Investing in these kinds of funds and equities will keep the royal coffers full, and align with the monarch’s role as head of what should be an ethical Church of England, in all its activities.

Opening up the palaces to more subjects more often will also create significant revenue, without compromising the family’s privacy or security.

The current short-term woes can by solved through prudent management and long-term vision, which an institution that has survived nine centuries (with a small blip in the 17th century) should have in spades.

The monarchy transcends politics and embodies the four nations of the United Kingdom. Overwhelmingly, the British people see monarchy and sustainability as an essential part of our future history.

Charles III, William V and George VII, will sit easily on the throne, if those who surround the current long-serving monarch put sustainability at the heart of their thinking.