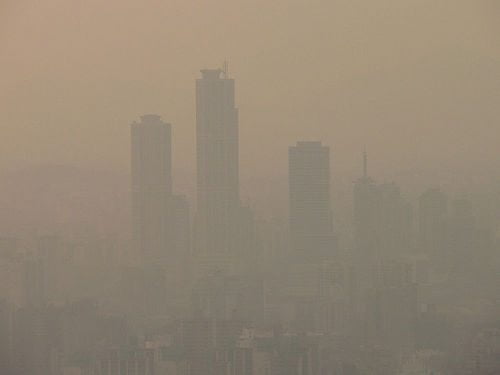 Mark Wilson looks back at the events of December 1952, when the Great Smog descended upon London, and at how air pollution has worsened globally in the years since.

The European commission designated 2013 as the Year of Air, seeking to highlight the problems of air pollution. About 90% of city dwellers in the EU are currently exposed to air pollutants at levels harmful to health.

In October, Kurt Straif of the World Health Organisation’s International Agency for Research on Cancer (IARC) declared that air pollution was “a leading cause of cancer deaths”, whilst the director of the IARC Christopher Wild explained how “there are effective ways to reduce air pollution”.  In January, Beijing residents were told not to breathe if they were heading outside as the city lay under a cloud of smog. Los Angeles, Mexico City and Rome have also seen high levels of air pollution in recent years.

It was reported in June that outdoor air pollution causes 29,000 deaths in Britain each year, compared with fewer than 2,000 from road accidents. London has the highest levels of nitrogen dioxide of any capital city in Europe. Meanwhile in May, Britain broke EU law on the levels nitrogen dioxide emissions from vehicle exhausts.

Air pollution is therefore not a new phenomenon. But as 2013 is the Year of Air, it seems fitting to mention events of December 5 to 9 1952, when London experienced its worst ever air pollution disaster: the Great Smog. This resulted in the deaths of an estimated 12,000 people. In December that year, a weather system settled over London causing a blanket of thick fog to descend onto London’s streets. London was used to fog, often called pea soupers due to its consistency. In the first chapter of Bleak House, Charles Dickens describes fog:

In the eyes and throats of ancient Greenwich pensioners, wheezing by the firesides of their wards; fog in the stem and bowl of the afternoon pipe of the wrathful skipper, down in his close cabin; fog cruelly pinching the toes and fingers of his shivering little ’prentice boy on deck. Chance people on the bridges peeping over the parapets into a nether sky of fog, with fog all round them, as if they were up in a balloon, and hanging in the misty clouds.

In 1952, however, the fog was especially thick. As it clung to the city streets, it caused the air to remain still. Factory smoke began mixing with the fog, as it could not escape into the upper atmosphere. In addition, as the temperature dropped in the fog, houses burnt more coal to keep warm. The smoke emitted from factories and homes mixed with the fog and produced smog. Smog is a conjunction of the words smoke and fog; it was caused by burning large amounts of coal, which produced particles of soot, sulphur dioxide and other chemicals.

At its height, the London’s Great Smog reduced visibility to near zero with trains delayed, bus routes in central London cancelled and the slaughter of some animals at the animal show at Earls Court. The Daily Mirror estimated that the country had lost approximately £2m a day in goods and services due as a result of the disaster. Smog drifted into buildings, disrupting government meetings and theatre performances were cancelled due to it. Several organisations, including the postal service, declared a state of emergency.

The statement above about Chinese authorities warning people not to go into the streets is echoed in some of the events during the London smog disaster. Few people went outside into this yellowish air, but those who did became completely lost.

On Friday December 5 1952, football coach Michael Watts had trouble finding his way home. On an ordinary day it took him about 15 minutes to make it home from work; on that day it took him over an hour and a half. When he had left his home at 7:30am that morning, he had been a healthy individual; 12 hours later, having been in the thick yellow air for less than a day, his health had been permanently damaged and he had chronic bronchitis.

London’s Great Smog, the big smoke or killer smog as it sometimes known, ushered in the world’s first Clean Air Act in 1956. This did not completely eliminate air pollution but it did reduce levels sufficiently so that future smog incidents led to far fewer deaths. Whilst China’s reliance on coal is affecting some inhabitant’s life expectancy, the government has stated that it wants a reduction of pollution of 30% by 2017.

The difference between the London smog disaster of 1952 and air pollution in the city today is that most of the polluted air over the capital does not come from industry or residential coal fires; instead, it comes from vehicular emissions, where their fumes react with sunlight to form photochemical smog. In July an interactive map was created by London Assembly member Jenny Jones, so residents could see which areas of the city were worst for air pollution.

Fifty years after the Great Smog, London still experiences air pollution, albeit of a different sort. As this kills more than 2 million people across the world each year, it is not an issue which will disappear any time soon.

Mark Wilson is a third year history PhD student at Northumbria University. This is an updated version of an article that originally appeared on One Eye on the Past.