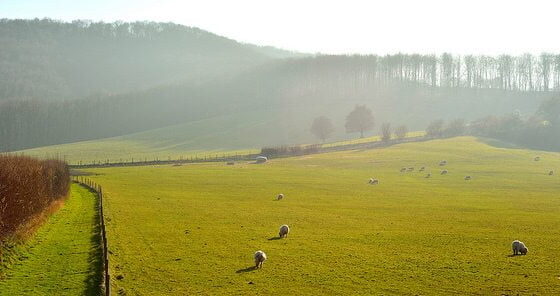 The outgoing head of the Environment Agency has called for the government to allow fracking firms to operate in national parks, claiming that the impacts of the controversial process are “exaggerated”.

In an interview with the Times, Chris Smith, who is set to leave his post next month, claimed that the UK must embrace the shale gas industry in order to meet its decarbonisation targets. In particular, he dismissed the argument that renewable energy alone represented a better alternative.

“I don’t agree with that analysis because we aren’t yet ready to see 100% of our energy requirements being produced from renewables,” he said.

“Over the next 10-20 years we are going to have to use fossil fuels still and it’s much better to use gas than coal.”

In March, a coalition of wildlife and countryside groups urged the government to ban fracking in nature reserves and national parks. In a report that received cross-party support from MPs, groups including the National Trust warned that strict regulation is needed to protect wildlife from the industry.

However, Smith went on to say that there is no reason that gas firms should not be allowed to drill in Britain’s protected countryside.

“I wouldn’t rule it out because provided it’s being done properly, the visual impact can be very limited indeed. It will depend on any individual location,” he said.

“Provided it is done carefully and properly regulated, those fears are definitely exaggerated.”

The South Downs national park, England’s youngest national park, may become the first to welcome fracking. The park authority is currently considering an application from Celtique Energie to begin exploratory drilling near Fernhurst, in West Sussex.

The plans have been poorly received by environmentalists, and Greenpeace campaigners occupied the entrance to the authority’s headquarters in a protest last week.

“We need to fight back against companies and authorities who are trying to quite literally undermine the property and rights of people across the South Downs and Sussex, putting both the local environment and the climate at risk, without asking permission or even telling us what they’re up to,” said Greenpeace UK energy campaigner Simon Clydesdale.

“We’re in danger of industrialising some of the most beloved countryside in Britain for the sake of a small amount of oil which is likely to be uneconomic to extract.”

Fracking – both for oil and for gas – has many critics. Experts have warned that much more research is needed into the possible impacts of fracking on human health. The process has been linked to water contamination, leakage of the potent greenhouse gas methane and an increased risk of earthquakes.

Meanwhile, numerous opinion polls show that the public’s concern over the possibility of shale gas firms beginning operations in the UK is rising, while support for the alternative of renewable energy has remained solid.