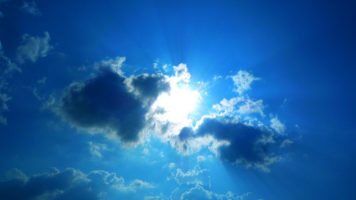 It seems impossible for our fight against climate change to advance more than three steps without taking at least two back, and then stopping completely for us to adjust our sunscreen and waders. Even as the UK’s highest profile sceptics crack under record levels of heat, and admit that humans are responsible for global warming, their calls to action are next to nonexistent.

Former Chancellor Nigel Lawson (number 1 in the sceptics hall of shame and founder of an global warming denial think tank) told the House of Lords that the UK “accounts for less than 2% of global carbon emissions and so it’s crazy for us [to try and decarbonise our economy]… we cannot do anything on our own.”

Unfortunately these unhelpful, harmful views appear to be dominating the minds of leaders and governing bodies worldwide. As the window of opportunity for limiting climate change becomes a narrow slit, we continue to miss critical opportunities to make a difference.

One such opportunity is the British reevaluation and reformation of business rates, coming into effect in April 2017. Current taxes are under a lot of criticism from business rates advisors, who feel the costs are “out of touch with reality” for many retailers. While the reform is a chance to realign rates with reality, and take both economic and environmental factors into consideration, many industries are concerned that these needs will not be met.

Over the last few years, Scotland has established itself as a leader in the battle against climate change, with greenhouse gas emissions falling further there than in the rest of the UK in 2014. The country’s concern to meet annual emission reduction targets has been reflected in their business rate relief strategies, primarily the Renewable Energy Generation Relief scheme.

This scheme, exclusive to Scotland, enables businesses to reduce their payments by up to 100% if they produce energy from renewable sources. Scottish businesses which qualified for this rates relief saved approximately £4 million in 2011-12, freeing this money up for further investment in green energy technologies.

However, in the last year, the Scottish Government decided to scrap this scheme, limiting the relief to “schemes in community ownership”. This seriously endangers the economic viability of country’s exemplary renewable energy sector. For the rest of the UK, we may have lost our chance to follow this eco-conscious business rates model, and to effectively foster positive attitudes towards addressing climate change.

Indeed, these are attitudes which need addressing. In the month following Scotland’s Renewable Energy scheme scrap, then-chancellor George Osborne announced that the Carbon Reduction Commitment (CRC), which aims to incentivise energy efficiency, would also be ending. The oil and gas industry, meanwhile, would see significant tax cuts, including the abolition of the Petroleum revenue tax.

As far the 2017 reforms are concerned, the Solar Trade Association has recently discovered that business rates on commercial rooftop solar panels will increase by up to eight times. In some cases, this would completely reverse the benefits of solar installation: companies could be left spending more on tax and maintenance than they receive from returns on energy, removing any new incentive to invest in this renewable energy.

Following the release plans for the 2017 business rate reforms, the UK solar industry has called for action and support from the government. In response, they have promised to “look closely at the impacts of the forthcoming valuation” and will continue efforts to “put the right support in place” for renewable energy businesses who will be affected.

In the run up to last year’s general election, the Green party manifesto featured plans to change the then-current business rates system. Their primary adjective was to hand power back to local authorities and small businesses by enabling councils to impose extra business rates on out-of-town supermarkets and chains. As a result, local businesses would be under reduced threat from high business rates and supermarket competition.

However, this Green party proposal could also have environmental benefits, as it would encourage customers to shop closer to home, reducing the carbon footprint of local households. If these considerations were given high priority by business rates, then attitudes towards climate change could see improvement, as businesses become more aware of how they use energy.