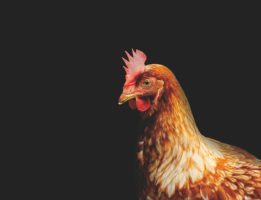 A new biogas plant which is set to turn large volumes of chicken litter into energy is under construction in Northern Ireland. The new plant will be environmentally beneficial, providing a green energy source, as well as creating jobs. The plant is due to become fully operational by early 2018.

The plant will be located just outside the town of Ballymena, Northern Ireland, and it will generate 3MW of renewable electricity from up to 40,000 tonnes of chicken litter each year. The electricity will be sold through the electricity network and is enough energy to power 4,000 homes.

The capital cost of the plant will be approximately £20m and during peak construction, it is expected that there will be 30 people working on site. Materials and services including transport, accommodation, catering, landscaping and trade services will be sourced locally where possible thereby generating additional local revenue. During its operation, it is estimated that the plant will employ 12 full time members of staff. In addition, off site jobs will be created through a range of professional services.

The project is being developed by Irish based renewable energy development firm, Stream BioEnergy, and will be co-financed by funds managed by Foresight Group and Invest Northern Ireland. Xergi, a specialist supplier of large scale biogas plants, will deliver the plant and will also be a shareholder in the project.

”The plant will convert the chicken litter into biogas, which will be used to produce green electricity. At the same time the nutrients become an environmentally friendly fertiliser that can replace chemical fertiliser for farmers,” explains CEO Jørgen Ballermann from Xergi.

One of the intentions of the project is to handle chicken litter in a way that protects the environment and improves on the traditional practice of spreading the litter untreated on land.

”Nutrients such as phosphorus and nitrogen are easily absorbed by the plants in the field, once the litter has been through the biogas process. This minimises the risk of the nutrients washing out from the fields into watercourses and causing an adverse impact on the environment which is happening at the moment,” explains Jørgen Ballermann.

Due to the specific combination of nutrients in chicken litter, it has until now been necessary to keep the amount of chicken litter processed in biogas plants at a low level and mixed with other feedstock types.

As one of Europe’s leading companies in the development of biogas technology, Xergi has created a process that makes it possible to run biogas plants fully on chicken litter as the only input feedstock.

”Our new process combines knowhow and technology that has been developed over the last decade and it will provide a significant opportunity for the poultry industry not just in Northern Ireland but throughout the world.  I’m proud that we have now made it possible for poultry producers to contribute to a significant production of sustainable energy in the form of biogas and green fertiliser,” says Jørgen Ballermann.