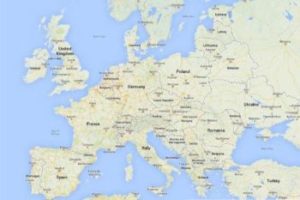 Britain is “Ideal” for CO2 Storage

A study on carbon dioxide storage has confirmed that the UK would be an ideal location to store carbon emissions from across Europe. Scottish Carbon Capture and Storage (SCCS) says this is welcome news after lasts month Paris Agreement, which included a deal to keep global warming below two degrees, was signed by 177 countries.

The ambitious goal from the Paris Agreement will require substantial efforts to decarbonise the world’s economies. The capture and storage of carbon emissions from power, heat, transport and industry will therefore be an essential part of climate action.

The findings from the £2.5 million CO2 storage appraisal study, carried out for the Energy Technologies Institute (ETI) by Pale Blue Dot and its project partners, are the latest in a sequence of studies that point to the optimal character of North Sea geology for this task.

The now depleted oil and gas fields around the UK have provided secure isolation for hydrocarbons for millennia. Alongside offshore salt-water aquifers, these sites can now be put to profitable use for storing anthropogenic CO2 emissions.

The study examined five typical configurations of offshore UK geology: the Captain Sandstone (the subject of the SCCS joint industry project, CO2MultiStore), the Forties Sandstone in the Central North Sea, the Hamilton depleted gas field beneath the Irish Sea, the Viking gas field and 44/26 sandstone dome sites beneath the Southern North Sea.

For the first time these have been comprehensively analysed using data from offshore oil and gas exploration and production. The results are very encouraging and provide commercial-quality costing and design estimates for offshore engineering, which confirm the security and tonnages of UK storage capacity compiled by SCCS in 2009. Each site differs in its individual characteristics but all five are capable of securely storing very large amounts of CO2 from power and industry projects across the UK.

In 2009, SCCS undertook the first whole assessment of the UK’s CO2 storage asset. This shone a light on the potential to store hundreds of years of the UK’s carbon emissions, which could also underpin a £5 billion-per-year industry for dealing with Europe’s emissions.

This capacity was later confirmed by the UK Storage Appraisal Project (UKSAP), a £4m collaboration of academia and industry also funded by the ETI. Two further SCCS studies, published in 2009 and 2011 (Progressing Scotland’s CO2 storage opportunities), led to results from the SCCS CO2MultiStore joint industry project, which provided commercial confidence in the North Sea’s CO2 storage asset and to today’s published report.

So how do today’s findings translate into delivering a UK CCS industry? The project identified a very large UK CO2 storage resource potential, estimated at 78 gigatonnes, of which 15 per cent could serve the UK for 100 years. Pale Blue Dot’s analysis shows an average levelised cost for transport and storage of around £15 per tonne of CO2 and a range of between £11 and £18 per tonne. Calculated in the same way as for electricity generation by the Department of Energy and Climate Change, this adds just £7.50 per megawatt hour (MWhr) to the levelised cost of power from gas (current cost around £50-70 / MWhr). This is a very low cost.

This cost can be further reduced if efficiencies in subsurface engineering are used to ensure that injected CO2 fully pervades the pore space of the reservoir sandstone. And identifying “clusters” of geographically close offshore sites can encourage a shared use of large diameter pipelines by emitters, which reduces the cost per tonne of CO2 by a further 10-30 per cent.

Prof Stuart Haszeldine, SCCS Director, said: “I congratulate Pale Blue Dot and their partners on this excellent study, and I was pleased to be able to provide technical advice and oversight during the project.

“Their work shows that affordable, well-engineered CO2 storage is within reach. With huge progress also being made in CO2 capture engineering, from innovations both in the UK and other countries, it is probable that the cost of capturing CO2 will tumble by anything from 20 to 90 per cent  in the next five years.

“Coupled with effective and viable storage, this will bring climate clean-up within viable price ranges for applications as diverse as electricity generation, heat supply, transport and particularly the process industries.”

Dr Gillian Pickup, of Heriot-Watt University, who also provided advice to the project, said: “Firstly, the fact that this project has been completed despite the UK Government pulling £1 billion for the first commercial-scale carbon capture and storage (CCS) projects is reassuring. It demonstrates that many people are determined that CCS should go ahead.

“The project aims were to identify the next phase of sites for CO2 storage offshore UK. This study shows that geoscientists and engineers in the UK are gaining more experience at evaluating potential sites.  Also, it is a good example of how the UK’s CO2 storage atlas – CO2Stored – is being used.”