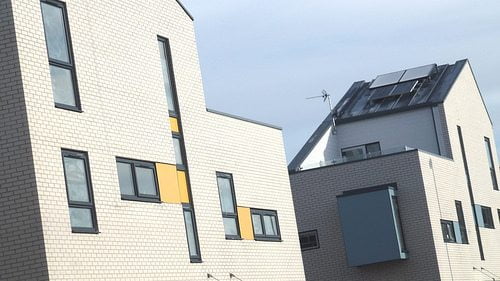 The government must “turbocharge” its efforts to encourage homeowners to make energy efficiency improvements to their homes, a leading sustainable investor has said ahead of Wednesday’s budget statement.

London-based WHEB said this meant either replacing the “complex” green deal with “something better” or overhauling the scheme to maximise its benefits.

Since launch in January 2013, the government’s flagship energy efficiency initiative has disappointed in terms of its impact and take-up.

A cross-party group of MPs warned in October that it might not be influential enough to help the UK meet its carbon reduction targets, describing it as “unattractive and uncompetitive”.

This followed statistics from June that suggested only four households had installed energy efficiency measures through the green deal in the first half of the year, despite 38,000 assessments.

More recent figures said 98% of the 388,128 energy efficiency measures installed in UK homes in the year to the end of October were delivered through the Energy Company Obligation – and not the green deal.

Ted Franks, a partner and associate fund manager at WHEB, said, “Due to unnecessary complexity, punitive finance costs and hidden charges, the [green deal] has been a dismal failure.

“So we’d like to see the government turbocharge efforts to encourage energy efficiency. It should either scrap the green deal completely and replace with something better, or overhaul it. The finance costs in particular should be brought right down so that it starts to look attractive.”

He said, “We want to see financial incentives for them to make their homes as energy efficient as possible, with those that reach the highest levels, such as Passivhaus, receiving a reduction in stamp duty or council tax.”

A study from the UK Green Building Council (UKGBC) in 2013 said such incentives could significantly increase demand for retrofitting green technology. It added that the green deal could be boosted as a result.

Ahead of George Osborne’s budget statement on Wednesday, Ellis also said, “Instead of pushing up house prices even further by extending Help to Buy, we’d like to see the chancellor launch Help to Build: a programme to support hundreds of thousands of people to build their own affordable, sustainable home.”

Meanwhile, Franks added that WHEB was calling for “stronger measures to discourage polluting behaviour” – including additional measures, such as road pricing, on top of petrol duty, to encourage more sustainable transport.