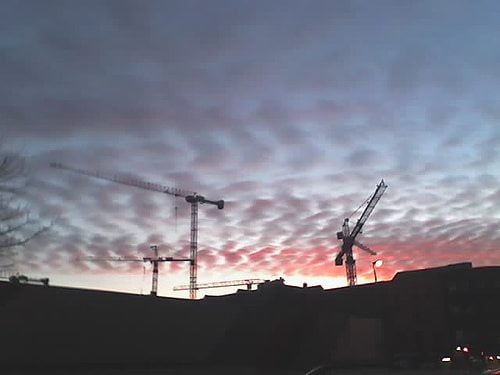 On the October 5, a four-point infrastructure plan was announced changing the way vital projects are planned, determined and funded. The fourth point was to create a new independent National Infrastructure Commission (NIC), whose commissioners have been announced today. They are charged with offering unbiased analysis of the UK’s long-term infrastructure needs.

Lord Andrew Adonis is leading the Commission as its first chairman.

Commenting at the original announcement the Chancellor said: “The Commission will calmly and dispassionately assess the future infrastructure needs of the country and it will hold any government’s feet to the fire if it fails to deliver.”

At today’s launch he added: “British people have to spend longer than they should getting to work, pay more than they should in energy bills and can’t buy the houses they want because of the failure of successive governments to think long-term.

“Infrastructure isn’t some obscure concept – it’s about people’s lives, economic security and the sort of country we want to live in. That’s why I am determined to shake Britain out of its inertia on infrastructure and end the situation where we trail our rivals when it comes to building everything from the housing to the power stations that our children will need.

“This is about jobs, growth, living standards and ensuring Britain is fit for the future. We must be the builders. At the Spending Review, I will commit to investing £100bn in infrastructure over the next five years and we are creating an independent commission to give us a long-term, unbiased analysis of the country’s major infrastructure needs.

“We need to think long-term and deliver a cross-party consensus on what we need to build. I am delighted Andrew Adonis and this world-class group of experts have agreed to come together on the National Infrastructure Commission to help us do that.

At the original announcement Lord Adonis said: “Without big improvements to its transport and energy systems, Britain will grind to a halt. I look forward to establishing the National Infrastructure Commission as an independent body able to advise government and Parliament on priorities.

“Major infrastructure projects like Crossrail and major new power stations span governments and parliaments. I hope it will be possible to forge a wide measure of agreement, across society and politics, on key infrastructure requirements for the next 20 to 30 years and the assessments which have underpinned them. I will sit on the crossbenches in the House of Lords while chairing the NIC, to underpin its independent status.”

Today he said: “For Britain to get on with the job of delivering high-quality infrastructure that benefits everyone, you need more than just a commitment to invest – you need long term forward plans and the maximum possible consensus.”

Responding to today’s launch of the National Infrastructure Commission the REA’s Senior Analyst Frank Gordon today said that: “Storage is a critical component to the nation’s transition to a more decentralised energy supply. Soon communities will be able to manage much of their electricity independently and businesses will be able to better predict and insulate themselves against unpredictable energy bills. This will enable new business models in the industry and facilitate greater renewables integration.

“We believe the Commission should support energy storage as a vital element of national infrastructure.”

“Lord Adonis and his commission have a great opportunity to back the low carbon industries that have been thriving in the UK, and which can move us towards a secure, profitable and clean energy future – a win-win for the environment and UK plc.  Research shows that investing in the low carbon transition will have greater GDP and employment benefits than fossil fuel alternatives.

“A good starting point for the Commission would be to recognise energy efficiency as an infrastructure priority in order to rid the UK of drafty homes and higher than necessary bills.”

Pointing to the recent public outcry around the government’s proposed cuts of up to 87% to the Feed-in Tariff (which supports small scale renewables such as solar PV) James Court, Head of Policy and External Affairs at the REA said: “Consumers in the UK have shown a hunger to control their energy futures. Communities, businesses, and homeowners seeking to produce and manage their own energy supply should be able to do so. Energy storage is a critical component of this movement. It will allow for greater grid stability and will accelerate our path towards decarbonisation.

“Lord Adonis is an excellent appointment. We hope he will bring new thinking and vision to the crucial issue of how we develop the new energy infrastructure in the UK that is so desperately needed.“

The other three parts of the plan were:

3) Sales of land, buildings and other assets the government bought or built, raising up to £5 billion