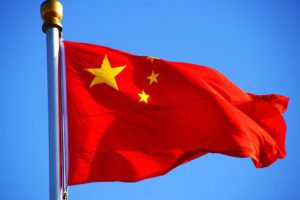 Consulting firm GlobalData have released a new report on wind power across the world. Research shows that China has the highest wind power globally and that wind power in the country could treble in just 15 years.

According to research released by GlobalData, wind power installed capacity in China rise from approximately 149 Gigawatts (GW) in 2015 to over 495 GW by 2030, representing a Compound Annual Growth Rate (CAGR) of 9 per cent.

Aswani Srivatsava, GlobalData’s Analyst covering Power, says supportive government policies that include an attractive concessional program and the availability of low-cost financing from government banks are the main reasons for the success of the Chinese wind power market.

“China’s 13th Five Year Plan raised the 2020 wind target to 250 GW, and aims to shift focus from scale expansion towards quality and efficiency. In order to tackle rising pollution levels and reduce its dependence on imported oil, the country is promoting renewable energy sources such as wind. The government has a number of financial incentives such as feed-in-tariffs in place to continue the development of wind power.”

GlobalData states that the Chinese government’s policies promoting wind power include the Law on Renewable Energy (2005, revised in 2009), Wind Power Technology Special Planning (2012) and the Notice on Integrating and Accommodating Wind Power (2013).

Despite China’s wind development achievements to date, the sector faces the key problem of its increasing inability to accommodate the rapid surge in the number of wind turbines in remote areas due to its underdeveloped electrical grid.

The Chinese government announced that it will put new wind power projects approvals on hold in 2016 in its northern provinces such as Inner Mongolia, Jilin, Heilongjiang, Gansu, Ningxia and Xinjiang, as the country is faced with grid constraints such as wind power output, system load, power source structure, regulation capability, power transmission scale and operation methods.

Aswani Srivatsava added: “Recent government efforts have helped to expand and upgrade the grid and China now plans to address concerns that may potentially impede the initial stage of wind power development.

“Annual wind power installations may not be as high over the next decade as in previous years, as the CAGR of installed capacity for wind was 24.4% between 2006 and 2015, but the market is still expected to be very strong, with average annual installations to 2030 being in the range of 21-22 GW.”