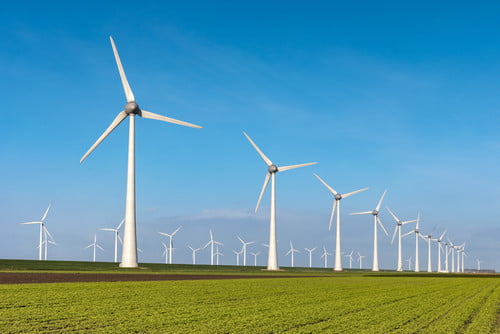 Alternate energy is one of the things that we must invest in to slow the progression of climate change. The NRDC says it is the single most important factor to look at. New slip ring designs help tremendously.

The demand for alternative energy solutions and technologies nowadays continue to grow with the rising concern for the environment. The renewable energy market has grown 67% between 2000 and 2016. Government agencies, private sectors, academia, and non-profit organizations work together in order to develop ways to reduce our carbon footprint and emissions.

The energy, automotive, and manufacturing industries continue to invest in the research and development of greener solutions in order to preserve the planet and the life forms that occupy it.

The alternate source of energy is not the only important factor to be considered in generating these environment-friendly solutions, but the assessment and development of each part used in these technologies are also crucial in order to build devices that are cost-effective and efficient. The efficiency of alternative energy varies from 18% with wind to 50% with hydropower.

One major challenge in alternative energy technology is primarily the cost versus its yield. While cost has been reduced significantly decade after decade, it is still comparably behind in traditional means of generating energy as in coal and nuclear power plants.

For alternative solutions that require motors and generators, slip rings have many functions and so in this article, we are going to discuss the role of slip rings in the alternative energy sector and how it helps in the pursuit of a cleaner environment.

One alternative energy solution that is has a developing market as used in many countries are wind energy devices. The wind is an abundant and readily available source of kinetic energy that can be captured and converted into electrical energy. Wind turbines can be installed near shore or inland and can be located offshore as well.

Every wind turbine has a rotor blade that captures the kinetic energy spins along the central axis. This requires slip rings that will transmit the electrical current from a stationary to rotating structure.

Slip rings ensure the contact of the stator and the rotor while transmitting data, transferring power, and controlling circuitry. For slip rings used in wind turbines with a doubly-fed asynchronous generator, it is utilized to transmit the signal from the stationary cables in the nacelle to the rotating hub equipment.

Wind turbines require the transmission of power and data signals from the nacelle to the control system. That is why slip rings must be robust, with compact metal housings, in order to be able to withstand the demanding nature of the environment.

There are many possible issues in a brush set-up as the lifespan of slip rings may be reduced to half, that’s why recent developments have allowed transmission of high electricity volume and data with reduced corrosion and low maintenance even at high rotational speed.

Customization for slip rings in a wind turbine set-up is often a requirement in order to meet the demand of the system. MOFLON Slip Ring is a solution that are capable of customization from traditional carbon brush, gold fibre brush, no contact transmission design, and gold and gold wire contact.

Slip rings are indeed indispensable in wind turbines. These electromechanical devices are small parts relative to other components, but their value is immense as the turbine system will shut down if they fail.

Another abundant source of kinetic energy are the waves found onshore and offshore. Many wave energy devices are developed over the years as it is found to have the potential to cover the world demand if fully harnessed.

Capturing the energy from the wave has its challenges especially on its intermittence in nature. That’s why technology involved in wave devices are often faced with variable generator rotational speed that is, in turn, give variable frequency generation.

There are many types of power take-off systems used in many forms of wave energy devices, but for those that utilizes induction generators, slip rings play an important part. Wound rotor induction generators used in limited variable speed and utilize slip rings that are connected to a resistor that allows a performance of limited speed control.

Hydroelectric powerplants require robust slip rings that are capable of providing power to generator electromagnets. Slip rings are responsible for transmitting control data and signals between the control panel and turbine.

Many slip ring types for this application is available in the market with materials ranging from forged steel, low carbon steel, bronze, copper-nickel, and stainless steel. There are many differences with each material with solid steel as a typical option. But nowadays, bronze is gaining popularity and recognition with its efficiency in dissipating heat letting the slip ring run cooler.

Slip rings are an essential part of developing alternative energy tech as they influence and contribute to the efficiency of the system. An efficient system will guarantee lower operating cost, reduce maintenance cost, and minimize downtime.

As slip rings are being improved in terms of material selection and design optimization to resist harsher environments, the more it becomes reliable for alternative energy technologies. Through research and development, slip rings are made to be better with improved insulation, temperature dissipation, reduced friction, and overall design.