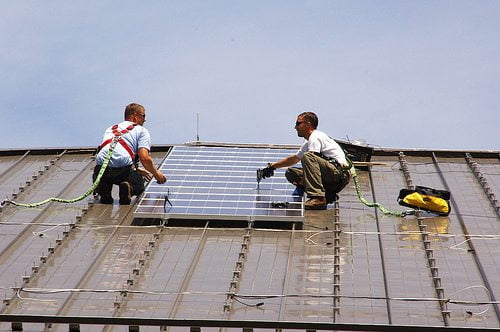 China has offered to return 50% of the value added tax to solar panels manufacturers, after a series of trade rows began to stifle the sector.

The Chinese Ministry of Finance announced the tax breaks after witnessing weak domestic demand. Meanwhile, export destinations such as Europe and the US have imposed bans or disadvantaging measures on the cheaper Chinese products, in an effort to favour national or continental producers.

Despite an increasing use of renewable technologies by developed nations, Chinese manufacturers have accumulated large debts, as prices have declined and the production has exacerbated the demand. According to state-owned news agency Xinhua, China’s top 10 solar panel producers have up to 100 billion Yuan (£10 billion) in debts.

China has tried to boost the domestic demand for solar panels, but although this is increasing, “China’s production overcapacity cannot be fully digested and some manufacturers must be eliminated”, experts told Xinhua news. In July, the government announced a three-year plan to help the photovoltaic sector, aiming to add about 10 gigawatts (GW) to its energy mix by 2015.

The US and Europe have accused China of having driven prices down, by providing cheaper and unfairly priced solar panels to the two continents, damaging local manufacturers.