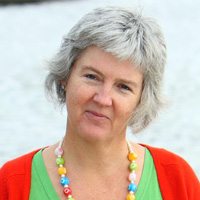 Commenting on a new report from Energy UK on the future of the UK’s power sector Richard Black, director of the Energy and Climate Intelligence Unit (ECIU) said the report signalled the ‘tremendous’ changes ahead for the energy system in the UK.

“The report shows that experts across the industry see a time of tremendous change ahead for the electricity system, with the traditional utility model increasingly outdated,” he said.

“Falling demand, increasingly competitive renewables, storage, interconnectors, demand response – this is the blueprint for the electricity system just 15 years hence, and it’s telling that it comes from an industry body rather than a ‘green’ think-tank.

“Government is due to be setting out plans this year for meeting the energy ‘trilemma’, and ministers could do a lot worse than adopt Energy UK’s recommendations, including setting out a stable policy framework to encourage investors to build what’s needed.”

Catherine Mitchell, Professor of Energy Policy at the University of Exeter, agreed that the report marked a departure for the trade association.

“Energy UK is the conventional industry lobby, and is generally at the conservative end of arguments,” she said.

“This report reads almost as if they have ‘flipped’ to the other side. I take this to mean that their members realise that their future is in the ‘new’ energy system rather than the ‘old’, and this is to be welcomed.”