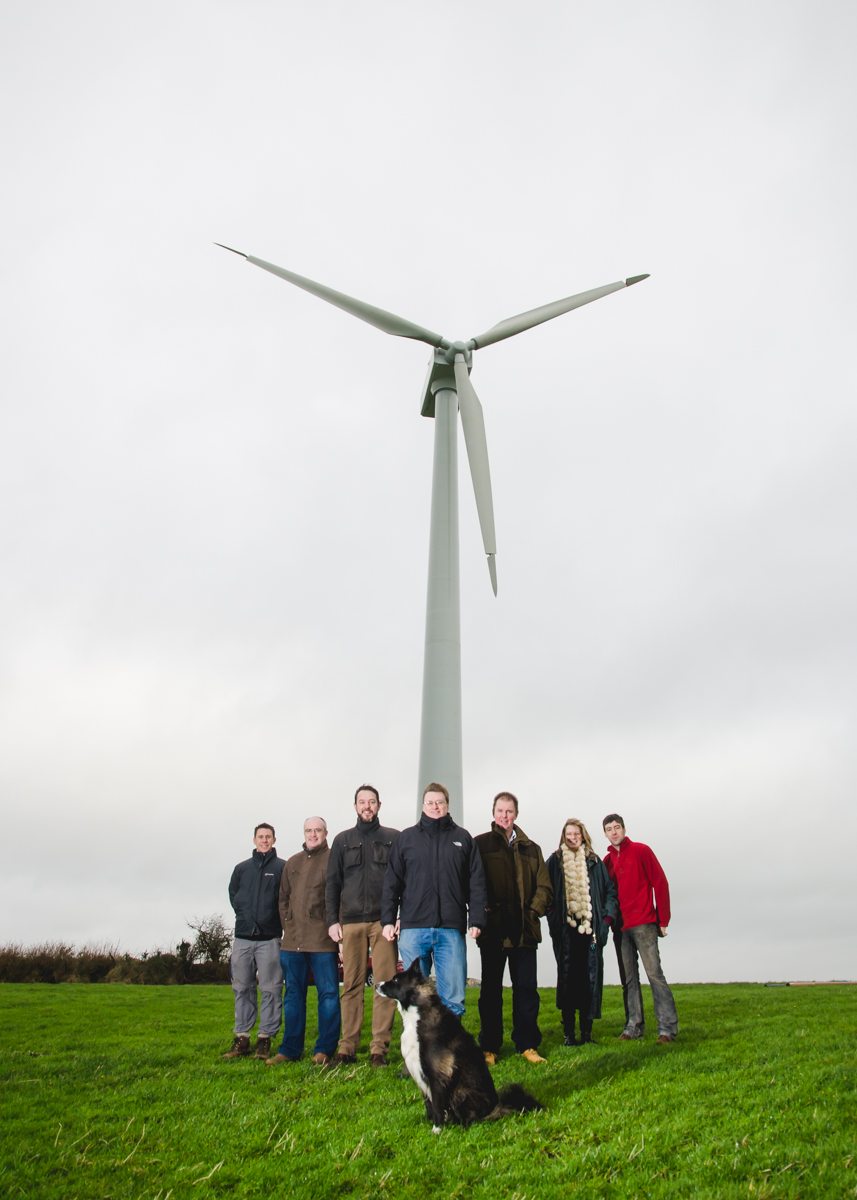 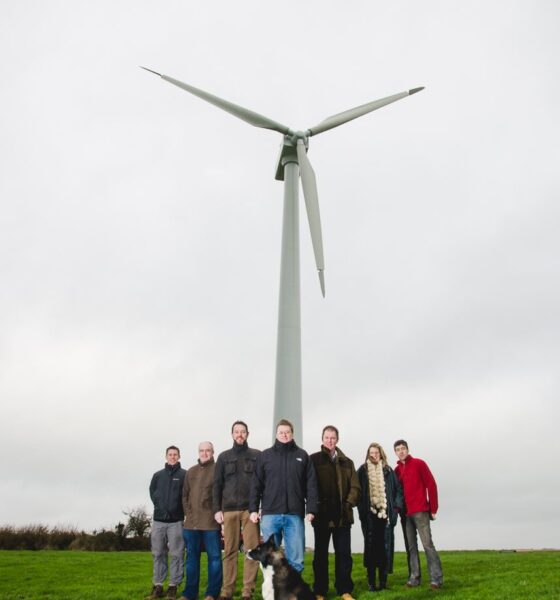 The Community Energy Fortnight hopes to raise awareness of renewable energy projects this September. As part of the national event, Drumlin Wind Energy Co-operative is holding tours at one of its turbines on September 17.

The Drumlin Co-operative will be holding an open day for tours of the 147ft (45m) high Drumlin wind turbine. The event is free and runs from 5-6pm on September 17. Visitors can just turn up on the day and do not have to book.

Anyone attending will be able to walk around the site and view inside the turbine.

Drumlin Wind Co-operative was conceived by Andrew McMurray after he had worked with several landowners across Northern Ireland to gain planning consent on a number of single 250 kilowatt wind turbines.

Andrew is an environmentalist, but was also conscious about who owned the projects he was developing and how the capital to build them was raised.  Andrew had links with Energy4All through Friends of the Earth, which is how the idea of community ownership evolved.

Energy4All is a non-profit social enterprise that has created 13 renewable energy co-operatives since it was created by the Baywind Co-operative in 2002.  Andrew and Energy4All created Drumlin and recruited various individuals from Northern Ireland to help raise the capital required to build the turbines.

In July 2012 the first share offer was launched. It gave priority on membership to individuals, organisations and businesses from Northern Ireland.  This raised £2.7 million and with a loan from the Ulster Community Investment Trust, Drumlin was able to build four turbines, two near Pomeroy in County Tyrone, and two in County Antrim. Drumlin issued a tender and Wind Energy Partnership from the Republic of Ireland was awarded the contract to install four WTN250 turbines from Germany.

What benefits and opportunities has this project brought to the local community?

The project allowed residents and organisations from Northern Ireland to do something positive for the environment, whilst earning a reasonable return on an investment in the co-operative.

Ordinarily wind turbines are owned by private individuals, companies or utilities whose owners gain the benefit of selling the generated electricity and receiving incentives from the green levy placed on all our electricity bills.

Drumlin offered this opportunity to anyone who could afford to invest the minimum sum of £250 and offered the local community who were hosting the turbines, £2000 per annum in community benefit, more than twice the national average benefit offered by wind farm developers.

Raising capital in Northern Ireland proved to be quite a challenge.  This is perhaps because it’s the first project of its kind in the province and many people didn’t feel sure about risking their money in a scheme of this kind.

It took a bit longer to raise the money and delays in connecting the turbines to the national grid compromised the initial schedule, however the members have been very patient which has been rewarded as the first two turbines were generating more electricity than was predicted in their first three months of operation.

After raising the initial £2.7 million, the board of the co-op decided it would like to issue another public share offer to raise enough capital to build another two turbines.  This was launched in March 2013 and managed to raise the £1.2 million it was looking for within two months and had to close early.  Drumlin was also acknowledge as the best Community Energy Project at the annual Action Renewables Awards in April 2014

Absolutely, ownership of renewable energy by a co-operative of members is the way it should be.  Energy is as vital to our lives as food and shelter, and local ownership engages people to consider where it comes from and how valuable it is