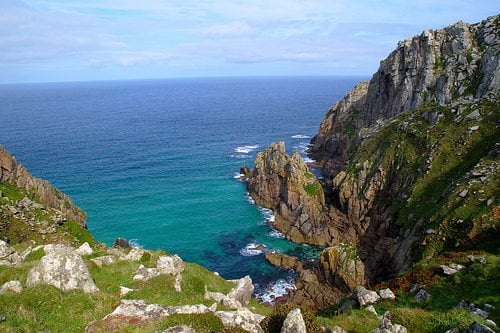 Cornwall-based Climate Vision uncover behavioural change figures proving the opportunity of changing behaviours can have in saving carbon. Whilst September may have people reaching for the blankets and cranking up the fire, earth itself is getting warmer. As such, cutting carbon is the talk on all world leaders’ lips, as benefits and risks of nuclear energy and carbon capture and storage (CCS) are widely debated.

Whilst there are a host of carbon cutting options, such as the controversial Tidal Lagoon and the new nuclear at Hinkley, one of the most effective approaches is often overlooked. One Cornish company from Truro have worked on a Carbon Cutting pledge campaign for four months, proving the impact behavioural change has on carbon cutting.

Climate Vision sought to calculate the ‘cost-per-tonne’ of carbon savings generated by behavioural changes, and as such, has had ten ambassadors for the project, ensuring that they commit to the ten pledges. In 2009 when an earlier version of the campaign was trialled, Luci Isaacson from Climate Vision estimated the cost to be around £30 per tonne to reduce carbon output. Through tracking and recalculating, the results have come in at an astounding £1.98 per tonne; proving that personal commitment is important enough to matter.

A crowdfunding campaign earlier in the year raised the funds to have this data officially analysed and confirmed, providing facts and figures that will be of significant interest to the United Nations Climate Change (COP21) conference in Paris. As such, cyclist Euan McPhee is delivering the report to Paris in time for the conference in November.

Initially conceived in 2009, the Cornish project opened people’s eyes to what could be achieved through behavioural change. This update proves and quantifies what can be achieved so much so, that the interest of local MP Sarah Newton has been piqued. The pledges involve adopting low-carbon and sustainable behaviours such as buying local food, saving energy or switching to renewable energy.

Luci Isaacson, founder of Climate Vision, has been working on this campaign voluntarily since March, and is thrilled with the result: “I expected the saving to be around a fifth of the governmental pricing, but for it to be this low really is revelatory.”

With ambassadors from the project coming from various backgrounds, the simplicity and easiness of the pledges has been demonstrated, and 3029 tons of carbon has been saved through behavioural change. What this means for the low carbon future is people’s natural commitment to the environment can be used as leverage for adopting different behaviours, changing the face of carbon cutting.

One of the ambassadors, Ruth Smith from ZLC Energy said, “When I saw Luci’s pledge project, it seemed a really accessible, effective way to get people engaged with making carbon cutting part of their everyday lifestyle. It’s always been important to us to be aware of our impact on the environment, so we’ve made a lot of small changes to our lifestyle already. I think there are a lot of pressures on people these days, so the environment doesn’t always come high up in people’s everyday considerations. Hopefully this project can demonstrate that it doesn’t have to be complicated or expensive. When you’re faced with the huge potential impact of climate change, it can be hard to have the conviction that your small choices make a difference.”