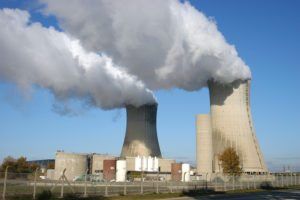 EDF Hinkley Agreement ‘A Massive Error In Judgement’ According To Campaigners

“Most of the Hinkley jobs will be abroad, and meanwhile Somerset will fall behind other parts of the country which have a more forward thinking attitude to renewable energy and the transition to a sustainable energy future.”

“While other parts of the world are making fuel poverty a thing of the past and generating jobs from cheap solar and wind energy, Somerset will be left with a legacy of nuclear waste which we will be expected to look after on the Hinkley site for the next 160 years.”

While other parts of the world are making fuel poverty a thing of the past and generating jobs from cheap solar and wind energy, Somerset will be left with a legacy of nuclear waste.

Fortunately, EDF Energy still has a large number of obstacles to overcome. EDF Energy has said there will no concrete poured until at least mid-2019. This first concrete will depend on the start-up of the reactor at Flamanville which is a similar design, but not scheduled until the end of 2018 – six years late. There are still concerns over the safety of the reactor pressure vessel at Flamanville after the discovery of a high carbon concentration in the steel, leading to lower than expected mechanical toughness values. Tests will continue until the end of this year. The French safety regulator ASN is making no promises about what remedial action might be required. In the worst case scenario the entire project may need to be abandoned.

Secondly EDF doesn’t have the money to pay for it. EDF is a company in a very precarious financial situation. It has €37 billion of debt. The collapse in energy prices has pushed earnings down 68% in 2015. The Company needs to spend €50 billion upgrading its network of 58 ageing reactors by 2025. It is scrambling to sell €4 billion of new shares and €10 billion of assets to strengthen its balance sheet. EDF is also expected to participate in the €5 billion bailout of Areva, the bankrupt developer of EPR technology, by taking a 75 per cent stake. About the last thing that it needs is a new €15 billion
millstone around its neck. Influential credit ratings agency Standard & Poors (S&P) has downgraded EDF’s rating following the Hinkley approval and Moody’s credit rating agency has placed its A2 rating on review for a downgrade.

Thirdly there are at least two legal challenges which need to be resolved. Firstly from Austria and Luxembourg, and secondly from a group of German renewable energy companies at the European court of justice against the European Commission decision to allow subsidies for Hinkley Point C.