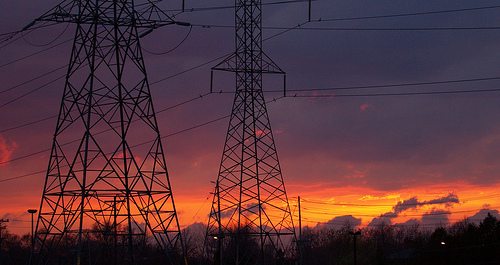 Five of the big six energy companies have dealt a blow to domestic carbon reduction efforts in the UK, by pulling the plug on their renewable energy tariffs.

Npower, EDF, E.ON, SSE and Scottish Power have abandoned their available green rates, although Npower says they will continue for existing customers.

Nick Hugh, Npower’s PR manager, said, “We haven’t completely stopped the green tariffs. They will still be operating in the background; we’re just not offering the tariff to new customers.”

Speaking to Blue & Green Tomorrow, Hugh described the context under which the tariff had been cut, blaming the decision on cost.

“We’re only allowed to offer four tariffs”, he said.

“The green tariffs are more expensive because there is a commitment to contribute into community projects afterwards.”

Despite evidence showing that consumers are willing to pay extra for energy from clean sources, Hugh said, “Our customers simply aren’t doing it. The tariff has not grown much since it was launched.”

An example of a company whose commitment to renewables has been beneficial is Good Energy, the UK’s leading 100% clean electricity supplier. Its 2012 annual report said its revenue had shot up 31% to £28.2m in the previous 12 months, while its gross profit had gone in a similar direction, increasing 10% to £9.6m.

Head of external affairs at Good Energy, Ed Gill, said, “The energy tariffs that suppliers offer to their customers are key to ensuring that they can have a role in the decarbonisation of the energy market.

“If we harness the power of the consumer, then suppliers will want to buy more green power and offer renewable generators better terms. That helps grow the number of renewable projects we have and to attract new sources of investment.

“That’s why we think it’s important that consumers can access as many properly certified green tariffs as possible.”

Npower’s Hugh said his firm “fundamentally believes in a low-carbon energy mix” and that it was committed to a low-carbon future through improving energy efficiency.

The energy supplier’s CEO Paul Massara said earlier this month that the energy companies and the government had been “each pointing the finger at the other for rising costs” in consumer energy bills.