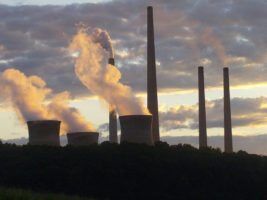 A new report by the think tank Green Alliance [1] has found that this December’s ‘capacity market’ auction, aimed to guarantees winter power supply from energy companies, is likely to cost consumers a third more than last year.

In an effort to secure supply the government has expanded the size of the auction to ensure new large-scale gas plants (CCGTs) win contracts.

But this will not be money well spent: it will subsidise old, inefficient plants, rather than driving investment into the flexible technologies required as the UK modernises its energy system.

The National Infrastructure Commission concluded earlier this year that flexible energy technologies such as demand side response, energy storage and interconnection are ‘no regrets’ options, which could save consumers up to £8 billion by 2030.

Green Alliance argues that the way government policy is currently designed is hindering investment in these resources.

The report reveals two problems with the government’s current strategy:

Green Alliance says that the capacity market’s remit should be expanded: as well as procuring a certain quantity of resources, the capacity market should differentiate based on the quality – i.e. the flexibility – of resources. Its analysis shows this would ensure the right amount and type of gas was bought, alongside newer, cheaper and lower carbon flexibility technologies. This would cut excessive ‘deadweight’ payments to power plants that don’t provide the necessary services.

“Everyone seems to like the idea of a smart energy system, but current policy isn’t very smart. It is asking consumers to pay three times more than they did last year to old, inflexible power plants which won’t match what the power system really needs.”