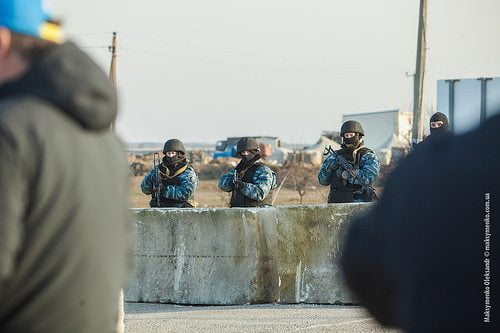 European leaders must not forget their commitments to decarbonisation in the dash to find alternatives to Russian gas while the Ukraine crisis continues, an expert has warned.

In an article written for the Conversation, Marek Kubik, of the University of Reading, warns that a “knee-jerk” reaction to events in Ukraine could lead governments to ignore the potential of renewable energy.

As the situation in Ukraine continues, concern over the supply of gas from Russia has steadily increased in import-dependent Europe.

Even years before the crisis, the Russian state-owned gas giant Gazprom has repeatedly warned Ukraine that it may cut off supplies to its neighbour unless its sizable debts are paid.

At the same time, Western powers have threatened Russia with “additional and far-reaching” sanctions should the situation escalate further, risking a reaction.

Kubik notes that leaders are right to be worried, as Russia provides 19.2% of the continent’s coal, 24.5% of its petroleum and 29.4% of natural gas.

“But the danger at present is that urgent steps to reduce dependency on Russian gas will be to the detriment of other energy policy priorities,” he says.

“An example knee-jerk reaction would be subsidising investment in new coal-fired power stations to reduce reliance on gas; such action would be a major blow against cost and carbon-reduction targets.”

Such a scenario would increase consumer costs and would still demand imports, Kubik warns. Instead, he argues that leaders should take advantage of the diversity that renewable energy offers.

“Taken together they provide a supply of energy generation that is more stable and constant than any single one alone.”

Supporters have long championed renewables as a way to reduce the UK’s dependence on imports and exposure to price shocks, while creating jobs and investment.

Last week, eight major renewable energy projects were given the go ahead across the UK. Industry trade body RenewableUK said the news was encouraging, but has urged the government to go further.

“We need far more onshore and offshore wind projects over the next decade if we’re not to find our energy security threatened and the UK further exposed to price shocks from imported fossil fuels, so it’s important that the contracts for difference regime works for all renewable energy projects, not just those that have secured early contracts,” said Maf Smith, deputy chief executive of RenewableUK.