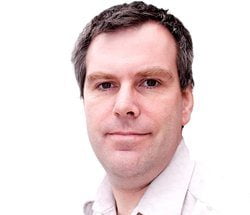 Exclusive: ‘Making and Saving Money with Solar’ by Michael Boxwell

Greenstream Publishing has published the tenth edition of the best-selling title the Solar Electricity Handbook. Blue & Green Tomorrow has been given exclusive access to an article adapted from the handbook written by industry expert and author, Michael Boxwell.

Creating energy with solar is not only environmentally friendly, it can also be good for your bank account too. Whether you are considering solar as a way of offsetting your electricity bill in your home or business, or if you are considering a solar installation to avoid the high cost of connection to the electricity grid, solar can often save you money.

In addition, there are often subsidies, grants or other financial incentives available to make solar a more attractive purchase. In some cases, these incentives alone are sufficient to pay for your solar installation over a period of a few years.

Installing electricity to a new building

If you are looking to install an electricity connection to a new building, installing your own solar power station can often be cheaper than installing the power lines. This is particularly true if you live in a rural location where power lines may not run close to the building. Even simple connections to a roadside property can easily cost several thousand, and if your property is suitable for solar power, it can quite easily become more cost effective to go completely ‘off grid’ and create all of your own power from solar.

Of course, there are limitations to this approach. You have to produce all the energy that you use, and you will need a watchful eye on your electricity usage to make sure you do not run out. Yet this can be a practical option for many locations where a conventional electricity connection is otherwise unaffordable.

Subsidies, grants and other financial incentives

Solar has traditionally been a more expensive source of electricity production when compared with traditional power sources. Prices have fallen significantly over the past few years but it is still the case that for many installations, solar does cost more than other power options.

Various countries offer financial incentives for people to invest in solar, either through grant schemes that help pay some of the cost for installing solar, or more commonly, through a feed in tariff, renewable energy certificates, export tariffs, net metering or a combination of all four.

As solar prices continue to fall, these subsidies are being reduced. Some countries have already reduced their schemes to nominal levels and it is widely expected that virtually all subsidies will be withdrawn by the end of the decade. However, the recent COP21 World Climate Summit held in Paris during December 2015 brought environmentally friendly power generation sharply back into focus. Many governments are now reviewing their incentives for encouraging the uptake of solar and this is likely to prolong or extend some of the schemes for longer than previously anticipated.

Grant schemes, low interest loans and tax rebates are paid for directly out of government funds. Consequently, they can be unpopular with some politicians and the wider electorate, who often resent tax-payers money being used as a green energy subsidy.

Grants for installing solar are now becoming much rarer, although a few schemes are still available around the world for specific applications. In the United Kingdom, for example, there is a Rural Development Programme that has a fund to help farmers, land owners and community co-operatives. This fund consists of a grant of up to £20,000 to test the viability of a renewable energy system, followed by a low-interest, unsecured loan to fund up to 50% of the installation costs for a wind, solar or hydro-power project.

In several States of the United States, including California, there are tax rebates for solar energy, whether these are installed for residential, commercial or agricultural purposes. There are also rebates for solar installations for low-income families and for multi-family affordable housing projects. The exact detail of these schemes does vary between counties and states.

These are just two examples of the schemes that are available. There are other examples and if you are considering installing a solar energy system, it is worth investigating whether there are any grant schemes or tax rebates that may help you fund part of the cost.

A feed in tariff encourages home owners, business owners, communities and private investors to generate their own renewable energy and receive financial compensation for this energy. The feed in tariff has been one of the principle reasons why residential solar has become so immensely popular in many parts of the United States and Europe over the past six years.

Feed in tariffs typically work by providing a payment for every kilowatt-hour of electricity generated by a solar energy system. The payment is made whether the electricity is used by the owner of the system, or if it is exported. The tariff is typically guaranteed for around twenty years and most schemes incorporate index-linked price increases to ensure the value of the income from the tariff matches inflation.

Feed in tariffs are usually administered and paid for by the energy companies rather than by government. In the United Kingdom, for example, all consumers pay a green energy levy on their energy bills. This levy is then used to pay for various green initiatives, including paying the feed in tariff. Solar owners are paid the feed in tariff every three months, either receiving it as a discount from their energy bills or by having the money paid directly into a bank account.

Renewable Energy Certificates trade on the open market. Values can fluctuate, but typically double the income from simply selling the electricity at the current wholesale rate.

Financial incentives for installing solar are constantly under review, reflecting both the reducing cost of solar and the popularity of solar installations. As well as country or region-wide incentives, there are often specific incentives for different industries, particularly in the agriculture, new build and social housing sectors. It is always worth spending some time searching online to find out what incentives may be available to you.