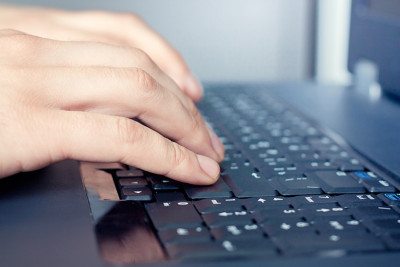 Institute of Business Ethics publishes Board Briefing for remuneration committees seeking to establish fairer and more sustainable executive pay. “Fairness and a quest for simplicity should drive the process,” says Peter Montagnon

The Institute of Business Ethics today publishes a Board Briefing aimed at helping remuneration committees identify and address challenges in awarding executive pay. Current approaches are too complicated, and the outcomes too uncertain, the report says. The decisions facing remuneration committees are often very difficult. Most try hard to do the right thing, but executive pay needs to work better or be reformed, the Briefing says.

Fair or Unfair? Getting to grips with executive pay offers both practical advice on how remuneration committees can address the challenge and some pointers to possible reform centred around the need to be clear about the value of what is being awarded and the pace at which remuneration is earned.

A good test is whether the remuneration committee can explain outcomes in a way that ordinary people can understand, which will help business in the political debate and, more importantly, help restore public trust.

The rapid increase in executive remuneration over the past couple of decades, high levels of reward for average performance, and occasional examples of reward for failure, suggests the present system in the UK does not really deliver the right incentives. Excess in executive pay has caused loss of trust among external stakeholders, including customers, sapping employee morale and causing reputational damage with policy-makers, regulators and the broader public. In IBE surveys it consistently ranks as one of the top issues the public think business needs to address.

The IBE Board Briefing offers some pointers to reform:

The Board Briefing suggests that two requirements are paramount. First, remuneration committees must have a clear sense of the value of what is being awarded. There is substantial doubt whether this is the case at present, despite conscientious attempts to calculate the net present value of the packages they approve. Second, remuneration committees need to do more to justify the amount they have set.

Fair or Unfair? Getting to grips with executive pay explores seven challenges which remuneration committees face and suggests ways in which these challenges can be dealt with.

Peter Montagnon, IBE’s Associate Director and author of the report, said: “Fairness and simplicity are two themes running through this IBE Board Briefing. One of the reasons why executive pay has become so problematic is that it is too complicated and the outcomes often seem quite random. Another is because it enables some executives to earn very large amounts over a short period of time, while others reap only modest rewards. That can easily drive short term decision-making.

The link between remuneration and performance is not clear, so nobody, including sometimes the recipients, can tell what they are really being paid for. A system that operates like that is bound to attract charges of unfairness and trust will ebb away.

The more remuneration committees try to manipulate short term behaviour, the less likely they are to succeed. If their focus is on long term and sustainable growth in cash generation, they will be setting their company and its executives on a course for success.”

Philippa Foster Back CBE, IBE’s Director said: “Reform of executive pay needs to be urgently discussed, and it is good to see this starting to happen, but it will take a long time to implement. In the meantime this Board Briefing offers remuneration committees thoughts on how to make the system work better. The most difficult challenge of all is probably that there are no formulaic answers. All remuneration committees have to make judgements and choices all the time, most of which require a considerable amount of courage. This will be easier for them if they approach their task with a clear set of values, which should also be those espoused by the company they serve; a proper understanding of what they are trying to achieve; and a large measure of independence.”