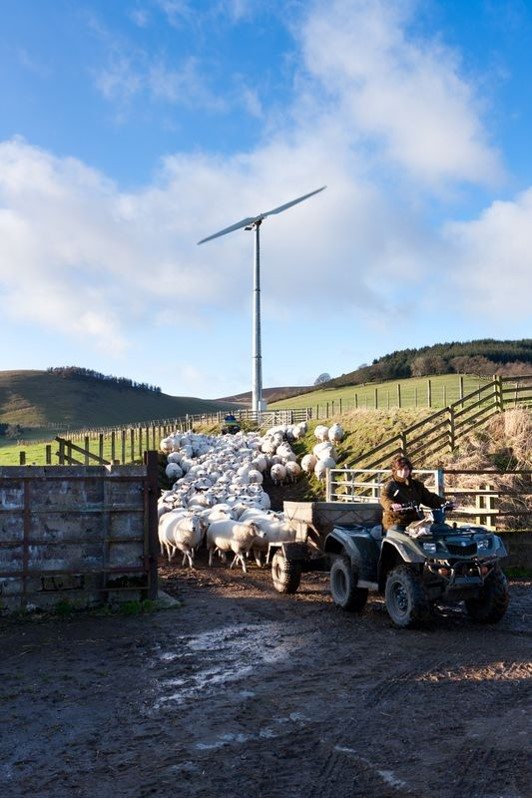 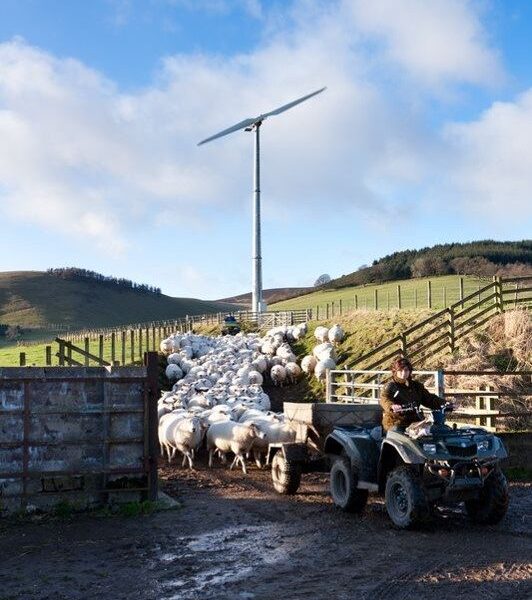 Major cuts to a scheme which supports small scale renewable energy are the latest blow to farmers already hit by low prices, according to a group of organisations representing green energy and farming.

The warning comes ahead of the end of a consultation on changes to the Feed-in Tariff scheme on Friday (Oct 23) which could see funding for solar cut by 87% and wind down 58% – or the end of support altogether.

Gaia-Wind CEO Johnnie Andringa said: “For the vast majority of our turbine owners a sensible and supportive Feed-in Tariff is a crucial part of the economics of ‘distributed energy’ – the generation of power mostly for on-site use.

“Farm-scale wind – a sector with a substantial, if shrinking, base of British manufacturers – is becoming a core element of the rural economy as farmers seek to diversify from dwindling traditional income streams.

“The changes to the FiT, however, mean we could now see more company failures and job losses as a direct consequence of government policy.”

Stephanie Clark, Policy Manager at Scottish Renewables, said: “Reductions in support for small-scale renewables provided through the Feed-in Tariff will hit rural businesses particularly hard, coming as they would on top of well-publicised low prices, particularly in the dairy industry.

“The UK Government’s consultation on changes to the FiT ends on Friday, and we are asking that rates be kept at a viable level in order to safeguard the jobs and environmental and economic benefits that the sector provides.”

She said: “These proposals will end many on-farm renewable plans, and severely limit the number of new projects that will come forward in the future.

“The knock-on effect for farm businesses will be that a previously viable way of dividing risk and reducing exposure to price volatility will no longer be an option.”

The Feed-in Tariff supports renewable developments below 5MW. Electricity from this scale of development can be used to power machinery and property on a farm or small business.

A UK Government review of the FiT scheme is considering reducing the amount of money paid to people who generate their own green energy. Submissions to that review, which ends on Friday, will be made by Scottish Renewables and NFU Scotland, among others.

Debbie told how changes to the Feed-in Tariff mean “it’s now hard to see how farmers in our position would be able to invest in renewable energy”.

She said: “Our wind turbine is a central part of our business, and a sensible FiT rate is key to making renewables the invaluable support that it is.

“Our Gaia-Wind turbine powers a water borehole supplying four farms. About 73% of the energy is used on the farm and the rest is sold to the national grid. Our electricity bills have reduced by nearly a third and the extra income has helped us enormously in making farm improvements.

“We have been able to offset reductions in income from other parts of the business with the reduced energy prices provided by the turbine and income from selling power to the grid, but it’s now hard to see how farmers in our position would be able to invest in renewable energy with the projected cuts to the Feed-in Tariff. “