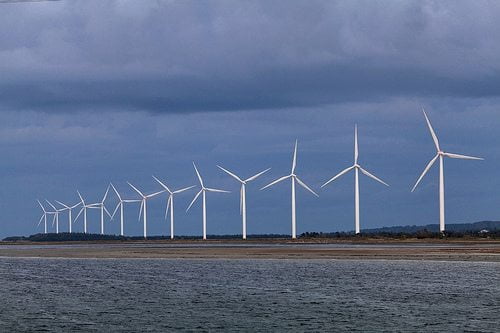 Almost three-quarters of financial advisers are backing renewable energy investment, according to a new study. However, the research also found that many advisers lack knowledge about the industry and how many areas it covers.

The survey, conducted by venture capital trust managers Albion Community Power, found that the inflation protection renewables investments provide means that 71% of advisers back investments in the area. Despite this, 58% of survey participants were found to have a ‘below average’ or ‘weak’ knowledge of renewable energy investment schemes.

David Gudgin, head of renewables at Albion Ventures, said, “Our research shows that advisers are under no illusions of the growing importance of renewable energy as an investment opportunity given the inflation protection benefit it provides.

“However, there is a clear ‘knowledge gap’ regarding the range of renewable energy investment schemes available to investors. More needs to be done by the industry as a whole in generating awareness of this sector.”

Mark Hoskin, a partner at London-based financial advisory firm Holden & Partners, explained there were a number of reasons for the knowledge gap.

The first is that there are a limited amount of products in these areas, particularly for hydroelectricity. Secondly, when considering investing in renewable energy, there are areas where the risk and return dynamic is easier to quantify, such as solar and wind power.

The lack of support for these renewables areas in the financial advice community also has an impact. Hoskin added that he delved into the biogas area with some clients in the 2012/13 tax year, but the project has not gone ahead due to lack of sufficient funding. As a result, the funding is now likely to be diverted into solar projects.

Hoskin said, “This demonstrates the extra risk to investors of investing in biogas projects, because they are more difficult to understand and there is no momentum amongst independent financial advisers to support such projects.

“This then becomes a self-fulfilling prophecy as distributors of products steer clear of an area in which there is a big risk that the money will not be raised. Success breeds success and unfortunately in the biogas area this has not yet been demonstrated in the UK.”

Blue & Green Tomorrow’s 2014 Voice of the Adviser survey found a similar appetite for renewable investment. Some 79% of respondents said investors were keen to invest in renewable energy.