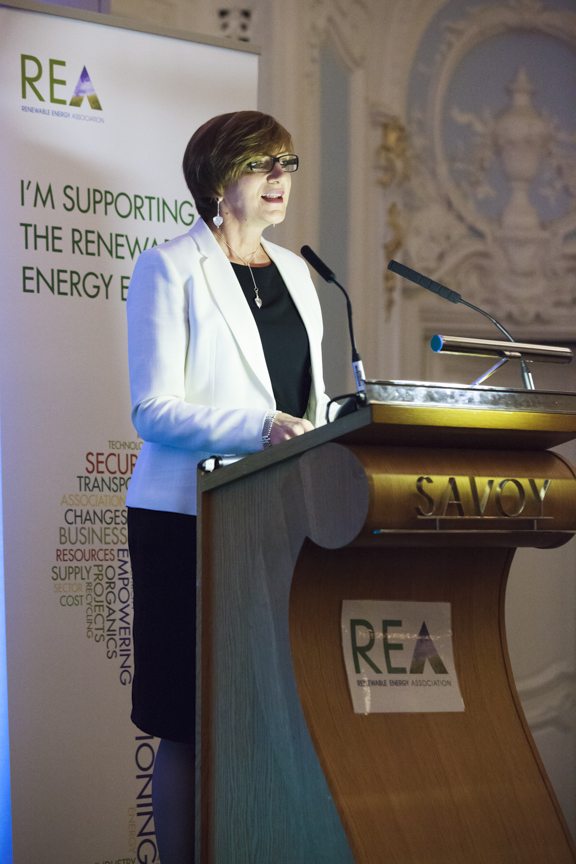 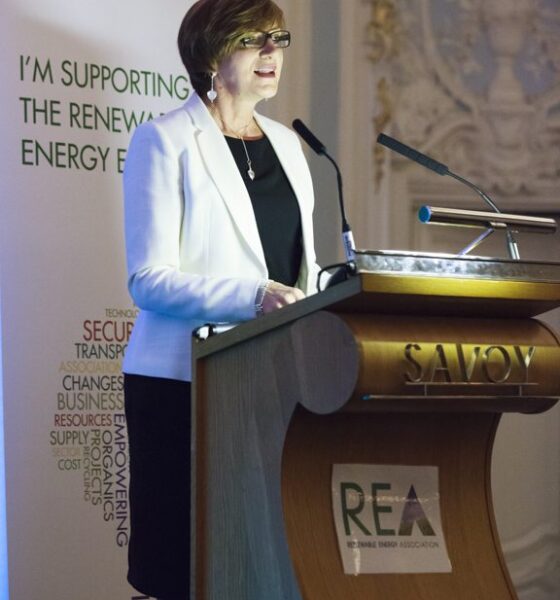 Being the voice of over 1,000 different companies is no easy task – as Nina Skorupska, chief executive of the Renewable Energy Association (REA) has learnt during her first year in the job. She tells Blue & Green Tomorrow why she is optimistic about the future of clean energy.

You’ve been in the job at the REA for almost a year. Has it been how you expected?

My expectations about the importance and enormity of this job have been well met! One thing that has been a new adjustment is being responsible for so many different businesses at once. It’s a very different kind of responsibility to the kind I lived with in the private sector. We’re trying to help a whole industry be profitable and sustainable, not just one company. I have a responsibility to each and every REA member. That means a lot of listening and a very open mind, whilst also being firm and practical to deliver results.

What has surprised you most about the job?

The polarisation of the renewables debate. It seems that battle lines were drawn long before I arrived on the UK scene and positions are now well entrenched. Some politicians and stakeholders will always have time for the REA, while others have slammed the door in our face. That surprised me. But I’m tenacious, and I will open those doors!

You told Blue & Green Tomorrow last November that the REA has got to be able to say things in a voice that appeals to all its members. How difficult has this proven to be?

It has been challenging. We came up with a good plan though and we stuck with it. We changed the way the REA board is structured. The previous board was trying to do lots of things at once, and while the people in the room were brilliant, the structure did not enable us to move forward efficiently. Now we have two boards with tightly defined responsibilities: a policy board, which gives direct representation to every sector we represent and shapes the REA’s lobbying positions and priorities, and a governance board, which is smaller, enabling more efficient decision making on matters such as the REA’s membership, budget, finances and so on. I must pay testament to all our directors past and present, who have really helped make this transition a success.

You said your 90-day vision when you started was to do lots of listening. Presumably you have done that, so what were the main noises you heard?

Access to finance came up again and again. At one end of the scale, we have early stage technologies like marine, geothermal, and gasification and pyrolysis. The stage between concept and commercialisation is often called the ‘valley of death’ as investment risk is seen as being very high. At the other end of the spectrum, mature technologies like biomass, solar and wind are being unsettled by the ‘shifting sands’ of government policy. This is why we’ve set up the Finance Forum, to cut through all the noise and put renewable energy developers and the finance community directly in touch with each other. The plan is that these new relationships and the exchange of information will lead to more and more successful investments in renewable energy at all scales and across all technologies.

Tell us about some of the major developments that have taken place in renewables since you took over?

It’s very encouraging that the policy fog for renewable transport at EU level is beginning to clear. Now the focus shifts back to the UK government, which could unlock substantial investment in current and advanced renewable fuels by mapping its green transport policies out to 2020.

The launch of the domestic renewable heat incentive (RHI) and the expansion of the commercial RHI are also very welcome. The policy framework is more or less sorted for green heat now, so the next step is to raise awareness about the opportunities that are out there for homes and businesses across the full range of technologies.

We’ve also seen steady progress on electricity market reform (EMR), but there is still work to do to ensure it supports all different scales and applications of large scale renewable power, and especially independent generators.

Finally, the community energy strategy will fundamentally reshape the way communities engage with renewables, especially the commitment to increasing the shared ownership of new projects, which is shared by government, industry and community groups alike. The transition will not be easy, but it is important for the long-term success of our industry.

What state would you say the renewable energy industry is in compared to this time last year?

We’ve grown! The latest data shows that almost a fifth of UK electricity was renewable over the last quarter. That’s some achievement. Things are improving for heat and transport too, but not as fast as required to meet government’s targets. However, individual successes must be contrasted with the scale of the overall challenge. The need to rebuild consensus for renewable energy and energy efficiency as solutions to energy security and climate change is stronger than ever in a world where politicians are now so fixated on nuclear power and shale gas. We must bust the myth that ‘technology neutral’ policy delivers technology neutral results.

The REA recently unveiled the launch of its Finance Forum, which aims to connect the finance world with the thriving renewables industry. How important are investors in the low-carbon transition?

Investors are the lifeblood of the renewable energy economy. No investment means no new business. I’m really excited to see what lessons the finance community and the renewables community can take from each other. As Greg Barker said at our Awards Gala Dinner in June, “No-one does financial innovation better than us. The City of London leads the world in low-carbon finance. Our industry must innovate with finance as well as technology.”

Where next for the REA and UK renewable energy?

The general election is our next major focus. With our policy board in place we plan to deliver a coherent manifesto, with each sector singing its own piece in harmony with the overall tune: which is that clear, stable policy will deliver investment, jobs and cost reductions in renewable energy, so it can make an increasing, and increasingly cost effective contribution to reducing the energy security and climate change risks of an energy system dependent on fossil fuels.