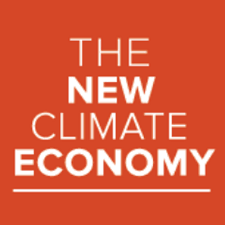 New analysis from the New Climate Economy shows that raising energy efficiency standards in the G20 and around the world could reduce greenhouse gas emissions by up to 6.9 Gt CO2e per year by 2030, more than the current annual emissions of the United States. These emissions reductions would be accompanied by economic savings in appliances, buildings, industry, and transport.

“Energy efficiency is an environmental and economic win-win and a clear leadership opportunity for the G20,” said former President of Mexico Felipe Calderón, Chair of the Global Commission on the Economy and Climate. “In addition to being good for the environment, it is in the economic self-interest of consumers, businesses and governments, and should be the top of the agenda at the G20 meeting. What the G20 takes on today could be the global norm tomorrow.”

The report highlights IEA research which found that the global benefits of energy efficiency could be as much as US$18 trillion by 2035. Improving energy efficiency can free up resources for other, more productive investments, and can create up to three times as many jobs as fossil fuel supply investments per dollar invested.

“Energy efficiency is a proven opportunity for businesses to gain a competitive advantage by unlocking energy savings,” said Jean-Pascal Tricoire, Chairman & CEO of Schneider Electric and member of the Global Commission on the Economy and Climate. “Yet as much as two-thirds of cost-effective energy efficiency potential could remain untapped by 2035 because of misaligned incentives and other market failures. Policies should be reformed to remove these barriers and facilitate energy efficiency deployment.”

“One of the best ways to overcome the barriers of misaligned incentives and other market failures is to set energy efficiency standards”, says New Climate Economy Program Director, Helen Mountford. “Standards provide certainty for manufacturers and consumers, encourage technological innovation, remove inefficient technologies from the market, and reduce transaction costs. That’s why the paper recommends that the G20 raise and align global standards, and establish a global platform for greater alignment and continuous improvement of standards.”

The paper finds that there are plenty of examples of energy efficiency initiatives that have worked in the past, including Japan’s “Top Runner Approach” for appliances. With this policy, for instance, the highest level of energy efficiency currently available (and sometimes an improvement on that level) for a particular product becomes the new standard in future years.

Benoît Lebot, Executive Director of International Partnership for Energy Efficiency Cooperation (IPEEC), the body that coordinates the implementation of the G20 Energy Efficiency Action Plan, said “IPEEC very much welcomes the New Climate Economy’s report. As ably shown by the NCE, standards are pragmatic and a proven way to maximize energy efficiency gains. Our world leaders need to know about this, and the G20 needs to act on it. The G20 is critical to energy efficiency. Energy efficiency is crucial for the G20.”

Russell Bishop, author of the report, adds: “Efficiency is an essential component of any strategy to deliver affordable energy and should be seen as the ‘first fuel.’ It can be especially beneficial for fast-growing economies trying to achieve universal energy access with limited resources.”