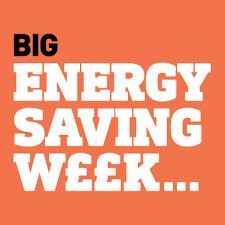 Brits are blaming their partners and children for wasteful energy habits, sending energy bills soaring by around £600m a year across the UK.

The findings from an Ipsos MORI survey of 2,710 UK participants show the average number of gadgets in people’s homes has increased by 31 per cent since 2010. In particular, the number of kitchen gadgets has boomed.

Overall, the number of kitchen gadgets has increased by 58 per cent and more than twice as many households now own smoothie makers, electric juicers and ice-cream makers compared to five years ago.

The findings are revealed ahead of the launch of Big Energy Saving Week, a joint campaign with Energy Saving Trust, Department of Energy and Climate Change and Citizens Advice which begins on Monday 26 October, helping people cut their fuel bills and get all the financial support they are entitled to.

The campaign provides advice to people over the telephone through the Energy Saving Advice service on 0300 123 1234, or face-to-face at hundreds of events being held across Britain.

The number of devices in people’s homes has grown rapidly and leaving these devices on standby has an impact on our energy bills. More than three quarters (78 per cent) of people admit to regularly leaving at least two devices on standby. An advanced set-top box left on standby for 20 hours a day could cost around £20 a year alone just in standby mode.

– Number with coffee machines has gone up 64 per cent

– Number with ice-cream makers has gone up 79 per cent

– Number with e-readers has tripled

Almost half (46 per cent) of those who leave their TV on standby do so because it’s more convenient, and 22 per cent because they can’t access the plug, or simply because they see no reason to turn it off.

More than half of us (53 per cent) leave the TV on as background noise when they are in a room, and 43 per cent regularly leave it on when there is no-one in the room.

A fifth of us regularly leave multiple TVs switched on so as not to miss anything when we move between rooms.

Philip Sellwood, Chief Executive of Energy Saving Trust, said: “We are urging people to be in control of their energy use. There is a growing black hole in our energy bills because we prefer the convenience of standby, but many of us blame each other for leaving things on around the house and its adding £30 to our bills every year.

Energy and Climate Change Secretary Amber Rudd said: “My number one priority is to keep bills down for hardworking families and businesses across the country. Our reforms are pushing up competition, pushing down tariffs and saving households millions by switching energy supplier.

“But knowing how much energy you use – and waste by leaving appliances on standby – also goes a long way in helping put consumers in control of their bills. And with smart meters on their way, making bills more accurate and affordable will only get easier.”

“Citizens Advice helps thousands of people a year who are struggling to afford their energy. Being on the best deal, saving energy where possible and getting support to switch where needed can have a massive impact on people’s ability to manage their energy costs.

“If you are struggling with energy bills, worried about fuel debts, or need help switching, you can get advice from us online, over the phone, or by attending one of the hundreds of Big Energy Saving Week activities all across the country.”

For easy steps to switching energy supplier visit BeAnEnergyShopper.com, or for advice and tips on how to save call the Energy Saving Advice service on 0300 123