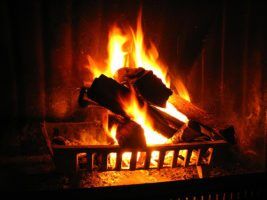 Scotland Is Getting Cosy On Low-Carbon Renewable Energy

New figures by the Energy Saving Trust has found that Scottish homes and businesses are realising the benefit of renewable heat.

Energy Saving Trust, on behalf of the Scottish Government, estimate that last year saw the largest annual increase in renewable heat output since measurement began in 2008 – up by over 1,100 GWh in a single year.

In 2015, the proportion of non-electrical heat demand generated in Scotland from renewable sources is expected to be at least 5.3%, up from 3.8% in 2014 and a continuation of year-on-year increases since 2008/2009.The majority of the increase in output has come from large commercial sites installing biomass and combined heat and power systems and from installations supported by the non-domestic Renewable Heat Incentive.

However, renewable heat capacity in homes, including small-scale biomass as well as other increasingly popular technologies such as heat pumps, has also risen – with capacity growing by a very impressive 44% between 2014 and 2015.

“With Autumn well underway, and the weather getting noticeably cooler, families and businesses across Scotland will, no doubt, be considering turning on their heating for the cooler weather ahead. “Heat makes up more than 50% of Scotland’s current energy consumption and approximately 47% of our emissions – the largest source for both.

“That is why these record-breaking figures are so encouraging. They show that programmes such as the District Heating Loan Scheme, the Low Carbon Infrastructure Transition Programme and the Home Energy Scotland renewables loans scheme are inspiring people to harness renewable energy to heat their homes and their businesses. These and our other programmes support the uptake of the GB wide Renewable Heat Incentive scheme, in which Scotland continues to punch above its weight.

That is not to say we should be in any way complacent.

“We have a target of 11% of non-electrical heat demand from renewable sources by 2020 and while these figures show we are making great progress in both reducing our demand for heat and increasing the output of renewable heat we need to do more. So, these figures also highlight there is much more work to do to reduce demand, supply heat more efficiently and increase the role renewable heat plays in Scotland’s energy mix. That’s why we continue to develop new and existing avenues of support in this important area and this will be reflected in our forthcoming Energy Strategy.”

Responding to news from the Scottish Government that last year saw the largest annual increase in renewable heat output since measurement began in 2008;

Stephanie Clark, Policy Manager at Scottish Renewables, said: “The marked increase in heat being delivered by renewable sources shows that progress is being made towards our 2020 target – a vital goal when heat makes up more than half of the energy we use in Scotland.

“Reducing the amount of heat we use is a first step to tackling emissions linked to the sector, and these figures also show welcome headway is being made in improving the energy efficiency of Scotland’s buildings.

“If we are to continue this positive progress it’s important that the UK Government clarify the future of the Renewable Heat Incentive, through which technologies like heat pumps are supported, and that public awareness of renewable heat solutions increases.”

“With close to half of Scotland’s energy use and climate change emissions coming from our heating needs, it’s imperative that Scotland makes progress in decarbonising our heat generation. Whilst it’s welcome to see that we’ve broken the 5% barrier for generating heat from renewable sources, we’ve still got a long way to go if we are to secure all the benefits of a transition to a zero-carbon economy.

“This news shows that there’s an expanding market for renewable heat in Scotland. We know from opinion polling that more action to expand renewable heating in Scotland would be popular with the public, with almost two-thirds of people saying they want to see the Scottish Government do more. [2] That’s why we’re calling for Scottish Ministers to go further, using a Warm Homes Act in Scotland to establish a regulatory framework that supports the growth of renewable and district heating.”