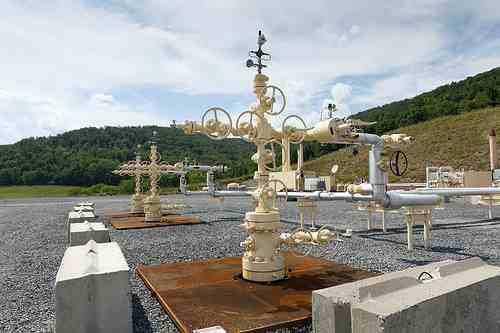 General Electric (GE) has said it has an energy efficient process that can reduce the amount of toxic waste spills from fracking operations, and that it is working to halve the amount of water needed for the process.

GE claims it has a water desalinisation technology called membrane distillation, where wastewater is vaporised through heat and low pressure with membranes that separate water vapour from salt water.

One of the problems of shale gas extraction, often highlighted, is that it requires about 20m litres of water for each well, where toxic chemicals need to be diluted in order to fracture shale rocks. Fresh water is first stalled in artificial ponds, with possibility of water and soil contamination.

Water used for fracking cannot be reused once it has been contaminated by the chemicals. Therefore it has to be transported to dedicated disposal sites with further risks of toxic spills. When it arrives, wastewater is stored underground, a process that has caused concern over possible earthquakes.

GE’s new technology would use a vapour compressor to skip the stages of storage and transport of wastewater. At the same time, it said it is working at ways to reduce the amount of water involved in the process by up to 50%.

This technology would be particularly useful in dry areas or in places where wastewater is too salty to be treated with other methods.

The International Energy Agency (IEA) said last year that fracking could by viable with tough regulation, and only if companies agreed to use the latest technologies to avoid environmental damage – a move that would increase operational costs by 7%.

The French government recently said it would not take fracking into consideration, while the Netherlands put a temporary ban on it, awaiting for further research over its environmental impact.