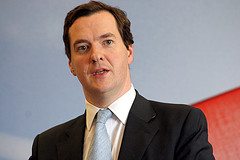 However, the think tank cautioned that the commission’s success will depend on the extent to which it dovetails with the UK’s climate ambitions, building resilient infrastructure that enables the nation to decarbonise and meet legislated carbon budgets. The UK’s infrastructure pipeline is currently dominated by high carbon spending. The commission must also take the public’s views seriously, if it’s to avoid planning infrastructure that never gets built because of public opposition. Green Alliance proposed how this could work in its report, Opening up infrastructure planning.

Matthew Spencer, director of Green Alliance, said, “The Chancellor’s infrastructure commission is welcome, but it will only be successful if it avoids the ‘white elephant’ risk. This is where experts advise what’s in the national interest but the public has a very different view, leaving ministers lumbered with expensive and unpopular projects. The commission could be successful but only if works within carbon budgets, takes the demand side seriously and builds in meaningful public engagement right from the start.”

Daily Telegraph: George Osborne unveils radical business rates overhaul: “George Osborne has announced a major overhaul of the UK’s business rate system in a move that is likely to please retailers and small business owners alike.
The Chancellor used his speech at the Conservative party conference to announce that the £26bn raised in business rates each year will be devolved to local councils.” Read more.

The Guardian: George Osborne’s conference speech – the verdict: “Echoes of Aneurin Bevan … or Citizen Smith? Our panellists give their views on the chancellor’s speech.” Read more.

New Statesman: George Osborne’s love bombing of Labour voters should terrify the opposition: “Michievous fellow that he is, George Osborne could not resist using his Conservative conference speech to have a dig at his erstwhile nemesis, Ed Balls. It was Andrea Jenkyns, the Tory who dislodged Balls in Morley and Outwood, who introduced the Chancellor on stage. “If I’d told you twelve months ago that the Member of Parliament for Morley and Outwood was going to come onto this stage and speak in our economy debate you’d have called security,” Osborne went on to quip.'” Read more.

The Spectator: How the Tories are trying to make their majority permanent: “This is the first conference since the election where the Tories won a majority and the first since Labour chose an unelectable leader. But, strikingly, George Osborne chose to use his speech to emphasise how the Tories must show the millions of working people who voted Labour in May that they ‘are on their side’.” Read more.

Reuters: Osborne borrows policy with eye on leadership: “Chancellor George Osborne, making a pitch to become Britain’s next prime minister, staked his claim to the political “centre ground” on Monday by saying his party was the only option for workers.” Read more.