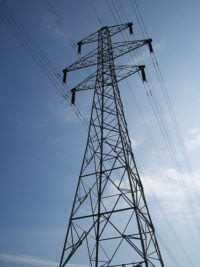 New official figures released today highlight the record performance of renewable energy over the past year. Renewables are playing a central role in powering Britain’s homes, business and factories – and fuel bills are falling.

The data, from the Department of Energy and Climate Change, show that in 2015 a record 24.7% of the UK’s electricity was generated from renewable sources – an increase of 5.6% on 2014.

The amount of electricity generated by wind increased by 26%, so that overall wind energy now powers 9.8 million British homes. Meanwhile solar output increased by 86%, and bioenergy grew by 28%.

At the same time, the government released figures which show that the average household electricity billdecreased by £8 (1.4%) – due to falling energy costs and lower demand.

“Putting the consumer first means putting renewables first. As old coal turns off, renewables is quietly taking its place, delivering energy security and value for money. It makes more sense than ever to fully support and take advantage of our natural resources”.

The Government also released figures today covering the final quarter of 2015, which show that renewablesgenerated 26.9% of the UK’s electricity in the final 3 months of last year – up from 21.8% in Q4 of 2014 – mainly due to an increase in wind and bioenergy capacity.  Offshore wind generation increased by 23% compared to Q4 2014, and onshore wind was up by 21%.