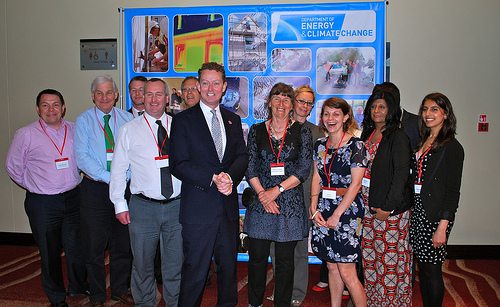 The Green Alliance has called upon the government to get behind community energy after a study found communities were ‘demoralised and obstructed’ by a lack of clear policy and barriers to finance for projects.

In a statement issued on Thursday, the Green Alliance said that the government’s “lack of clear policy and restricted access to finance” is resulting in enthusiastic communities being “demoralised and obstructed”.

The Department for Energy and Climate Change (DECC) held a public consultation throughout June and July, in which it heard evidence from banks, private equity firms, venture capitalists, infrastructure funds, energy companies, developers, local authorities and members of the public. DCLG will publish the result of the consultation in the autumn, and it is expected to streamline policy in order to remove some of the barriers to community energy.

In its new report, Community voices: realising the potential of community energy, the Green Alliance makes a number of suggestions on the action government should take.

Recommendations include strengthening national policy by setting a clear vision for the future of community energy and revisiting schemes such as the renewable heat incentive (RHI) in order to make them more effective.

Paul Blomfield, MP for Sheffield Central, said, “There is a real interest in community energy in my constituency, but complex and risky development processes are making it harder than it should be.

“This shouldn’t be happening – we should be actively encouraging these projects and making it easy for a community group to realise their ideas.”

The Community Energy Coalition recently launched the first Community Energy Fortnight, hosting events across the UK in order to inspire communities about the benefits of creating their own power.