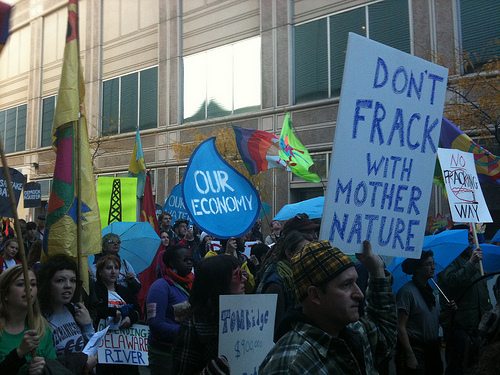 The government has come under fire over claims that it is “bribing” local authorities across the UK, by allowing them to keep 100% of business rates taken from fracking sites in a bid to encourage shale gas exploitation.

The announcement was made by the prime minister’s office on Monday. The measures, which are designed to encourage support for fracking among local communities, could create up to 74,000 jobs whilst helping to boost the economy.

It comes after French firm Total announced a £30m investment in the UK shale gas industry after it and other energy firms were banned from fracking in France.

The incentive scheme for local councils has been criticised by some, who question whether communities will accept the “bribe” on offer. Under the current proposals, councils will retain 50% of business rates in addition to 1% of revenues made.

Keith Taylor, a Green party politician in the European parliament, said, “The government is now bribing local residents in a desperate attempt to impose fracking on our communities. But in reality many people won’t be willing to take the risks associated with fracking in return for the bribe. We know that fracking is unlikely to cut bills and poses a real threat to our environment.”

The Green party is now the only major party opposed to the so-called “dash for gas”, according to Taylor. He added, “Fracking is unlikely to bring down energy prices, produce many jobs or solve our energy crisis. Instead we need investment in clean renewable energy and energy efficiency schemes so that we confront climate change and reduce people’s energy bills.”

Tom Greatrex MP, Labour’s shadow energy minister, said that it was right that communities should share the rewards from shale gas, adding that it plays an important future in our energy mix. He warned, however, that it should only proceed with “robust regulation and comprehensive monitoring”.

Environmental concerns over the process itself, which has been linked to earth tremors near the UK’s only fracked well in Lancashire, sparked protests in Balcombe, Sussex, where fracking firm Cuadrilla had begun “exploratory drilling”.

The protests led to the arrests of many activists, including sitting Green party MP Caroline Lucas. The government claims under current proposals, up to two-thirds of British land could be set aside for fracking.