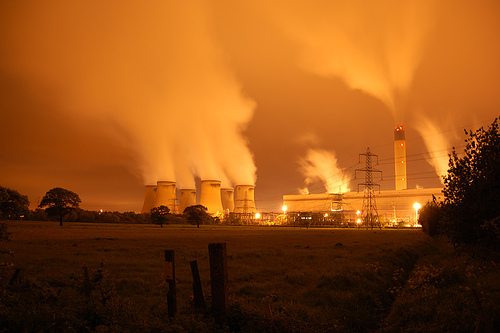 MPs have voted against closing a legal loophole that allows coal-fired power stations to continue emitting carbon unabated throughout their lifespan.

The amendment, tabled by a group of Lib Dem and Labour peers, was believed to make the UK’s oldest coal plants uneconomical unless they were equipped with carbon capture and storage (CCS) technology, dramatically curbing their carbon emissions.

Despite this, 318 MPs in the House of Commons voted against the motion, with 236 voting for. The House of Lords had initially voted in favour of the amendment to close the loophole.

Labour peer Lady Worthington recently told the Guardian that due to low coal prices and high gas prices, UK carbon emissions were higher than ever before.

Campaign groups criticised the result of the Commons vote, saying that carbon reduction was the only way to meet decarbonisation targets.

The no vote comes despite warnings from academics on Monday that government needs to act rapidly to avoid “irreversible” changes to the planet’s climate. Meanwhile, a report recently claimed that 1,600 lives are prematurely lost every year in the UK as a direct result of coal burning.

“By voting through a loophole in the energy bill allowing unabated coal burning in the UK for an extra decade, it has damaged efforts to cut pollution, jeopardised investment in lower carbon energy and ignored the 1,600 premature deaths brought about each year from coal burning.”

He added,“Phasing out coal is the most cost effective way to meet our carbon reduction goals, but the government has chosen not to take this route. For the Tories this was perhaps predictable, but in the case of the Lib Dems, they have voted against their own party’s amendment and overseen a resurgence of the dirtiest fuel there is in the UK. How they are going to explain that to their shrinking voter pool is anyone’s guess.”