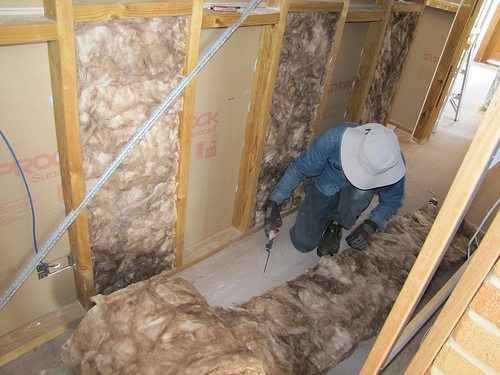 The government has launched a new green deal initiative for home improvements that will give £1,000 to people willing to install two combined energy efficiency measures and £500 for those who do it within a year of moving into a property.

The plans have been unveiled to revitalise the green deal scheme. A home improvement fund that will give cash payments to those installing energy saving tools, such as insulation walls and boilers, will be set up from June.

Homeowners could get £500 if they fit measures within 12 months of moving into a new place and up to £1,000 if they install two combined measures from a list of 12 available improvements. The scheme will also offer up to £6,000 for installing solid wall insulation.

Energy and climate change secretary Ed Davey said, “The best way for households to take control of their energy bills is to use less energy.

“Faulty boilers, draughty windows and insufficient insulation all cause properties to leak hundreds of pounds every year. But advice and support through the green deal can help put a stop to this.”

The UK Green Building Council’s director of policy and communications John Alker said the news was encouraging and shows that the government remains committed to improving home energy efficiency.

However, he added, “This isn’t ‘problem solved’ for the green deal. The scheme’s initial cashback went unspent so it’s important that history doesn’t repeat itself. While this new package will certainly help, Government still needs to go further to make energy efficiency more attractive to consumers.”

The government’s flagship energy saving scheme has been severely criticised by many parties, as it emerged that only a few households had made the most of its offerings, with numbers still falling. MPs have labelled the policy as “unattractive and uncompetitive”.