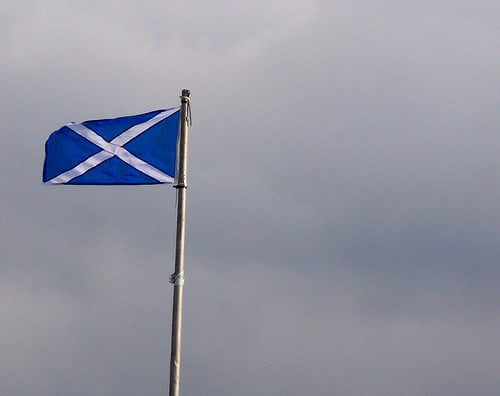 Scotland’s renewable energy resources are helping to keep the lights on across the UK, the Scottish National Party (SNP) energy minister told the party’s conference in Perth on Friday.

“With both Ofgem and National Grid warning about the increased risk of blackouts Scotland’s record levels of renewables generation are increasingly important to keeping the lights on across these islands,” he said.

The SNP government has set a target of generating the equivalent of 100% of Scotland’s electricity needs from renewables by 2020. It also has a decarbonisation target in place, planning to cut carbon in its electricity by more than 80% by 2030, and urged the rest of the UK to follow its lead in January.

Ewing claimed that Scottish renewables now produce enough electricity to power the equivalent of every household in Scotland, but added that they bring a host of other benefits too.

“Over 11,000 jobs have been created; over £5m per year is now being generated for communities the length and breadth of the country and last year Scotland’s renewable energy displaced more than 10 million tonnes of CO2, more than total emissions of all of Scotland’s road transport”, he said.

Scotland’s renewable campaign does have its critics, however. Anti-wind farm protestors from across Scotland plan to hold a mass demonstration against the SNP’s renewables policy at the party conference on Saturday.

He claimed, “Two-thirds of the proposed wind farms have not yet been built but already Scottish National Heritage reports that turbines are visible from almost half of the country. Scotland is on track to become a giant wind farm landscape, and the disastrous environmental and economic consequences are becoming clear.”

Two campaign groups, the World Development Movement and Jubilee South, welcomed Scotland’s commitment to tackling climate change on the eve of a major conference in Edinburgh earlier this month.

The pair commented on how the Scottish government was one of just a few rich country governments that recognised that wealthy nations, which are most responsible for climate change, owe a ‘climate debt’ to poorer countries, which have done little to cause it.