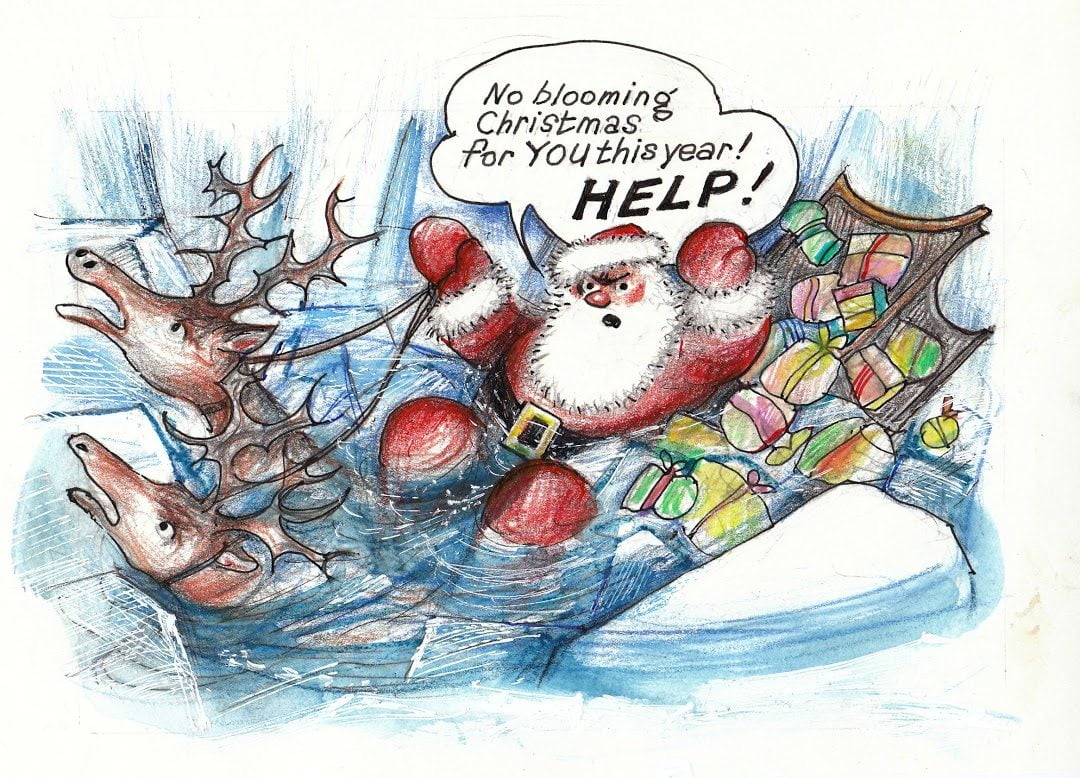 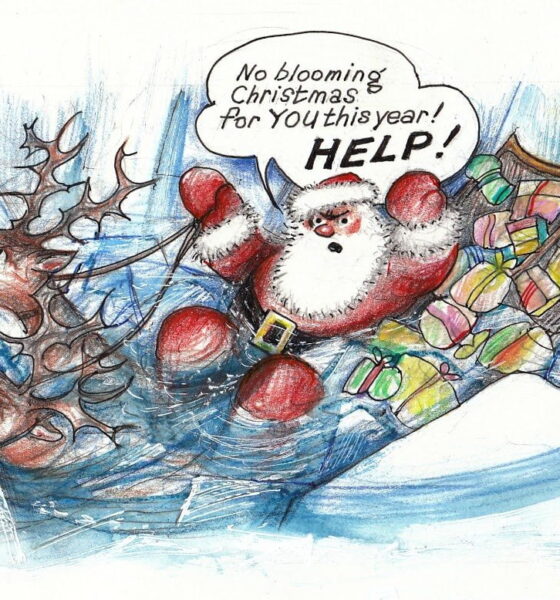 In pictures: Greenpeace Christmas cards to Save Santa’s Home

Save Santa’s Home, which launched last weekend with a video starring Jim Carter of Downton Abbey fame as a not-so-jolly version of the big man, aims to raise awareness about the melting Arctic region. The campaign website says, “Even the threat of being on Santa’s naughty list hasn’t prompted a rescue operation.”

The Christmas card designs will be available from 2pm on Friday 6th December as free e-cards from SaveSantasHome.org.

Greenpeace hopes they will bring to light the threats the North Pole currently faces from oil companies and climate change.

Among the other contributors are the artist Kurt Jackson, designer Wayne Hemmingway and Radiohead artist Stanley Donwood. Paul McCartney, Jude Law and Madonna have also lent their support to the campaign.

Cartoonist Raymond Briggs, the artist behind The Snowman, designed a card.

“Father Christmas has been having a dreadful time as the Arctic sea ice melts because of climate change,” he said.

“I feel strongly that we should all do what we can to shine a light on this important issue, which in time will affect all of us no matter where we live.”

Click on the thumbnails below to view the designs. View them all at savesantashome.org/cards.

By designer and model Jade Jagger

By Raymond Briggs, author of The Snowman

By fine artists the Chapman Brothers

Greenpeace climbers conquer Shard in an effort to save the Arctic