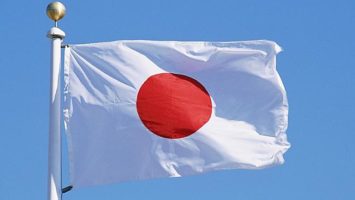 A letter unveiled in Japan’s capital Tokyo today includes eighty organisations urging Japan to change the way they use fossil fuels. The organisations have asked Japan to announce that they will commit to ending all fossil fuel financing by next year at the G7 summit. The latest climate change research shows that to avoid the worst effects of climate change we should not build any more fossil fuel power plants after 2017.

This letter builds on international protests in March and April when activists rallied to demand that Japan stop financing dirty energy projects like the Batang coal-fired power plant, which has been plagued by human rights abuses. These protests will continue this month to call out Japan’s out-of-touch plans to build 49 new coal plants domestically and finance many others abroad.

Japan’s government has continued to isolate itself by supporting both fossil fuel projects at home and across the globe. This is despite Japan’s wealth of renewable resources. Japan’s financing has included liquefied natural gas projects throughout the world, including the United States and Indonesia. In addition, Japan provided over US$20 billion in coal financing abroad between 2007 and 2014, making it the world’s number one financier of overseas coal.

Yuki Tanabe, Program Coordinator at Japan Center for a Sustainable Environment and Society (JACSES) said: “It is a time to make G7’s public finance flows consistent with the goal of 1.5-2 degree Celsius agreed in Paris. As a chair of the G7 Summit, the Prime Minister Abe should take a strong leadership towards the dramatical change.”

Kate DeAngelis, International Policy Analyst at Friends of the Earth U.S. said: “Japan’s own government research shows that the country is rich in clean, renewable resources. Instead of taking advantage of these resources and encouraging the rest of the world to transition to renewables, Japan has doubled down on dirty coal and gas. Hosting the G7 provides Japan with an opportunity to change course and commit to replacing its dangerous fossil fuel financing with resources for renewables.”

Nur Hidayati, National Executive Director of WALHI – Friends of the Earth Indonesia said: “Indonesian people have severely suffered from climate change. We do not need any more coal fired power plant that will not only exacerbate the climate but will also take livelihoods of the small farmers and fishers that depend on their land and sea to continue their lives. We urge Japan government to stop making profits out of the suffering of Indonesian people, withdraw its financing from Batang coal plant, and shift their investment to renewable energy.”

Maura Cowley, Associate Director of the Sierra Club’s International Climate and Energy campaign said: “It’s undeniable that the momentum toward a 100 percent clean energy economy has continued to accelerate in the months since the Paris Agreement was adopted, and 175 nations, including Japan, joining together on Earth Day 2016 to sign the agreement reaffirms that the world is ready to tackle the climate crisis.

“There’s no excuse for Japan or any other developed country to continue to push for the world’s dirtiest energy source when cheaper, safer, and more modern energy sources — like wind and solar — are literally all around us.”