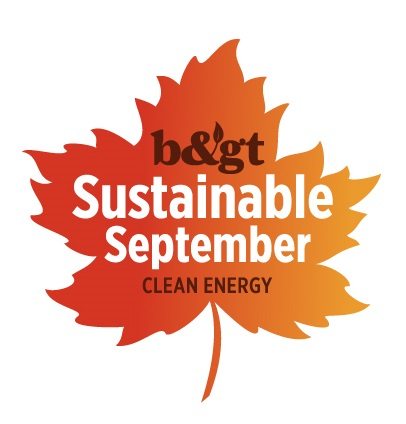 Three leading names from the UK energy sector have been confirmed as speakers for the Sustainable September Energy Debate, in Blue & Green Tomorrow’s month-long sustainability event. Tickets are available here.

The trio, along with one other soon-to-be-confirmed participant, will debate whether gas and nuclear power are more cost-effective in reducing carbon emissions in the short-term than renewable energy.

Jeremy Leggett, who is speaking against the motion, is the founder and non-executive chairman of Solarcentury, the solar business he set up in 1998. When the firm made a profit in 2006, he helped set up the charity SolarAid – to which Solarcentury donates 5% of its revenue each year. More recently, he wrote a book about the future of energy called The Energy of Nations.

Joining Leggett in arguing against the motion is Karl Harder, the co-founder and operations director at renewable energy crowdfunding platform Abundance Generation. Harder began life as a parliamentary researcher on renewable energy, and helped set up Abundance in 2009, in order to help connect ordinary people with renewable energy projects.

Meanwhile, speaking in favour of the motion is Mark Powell, who leads the power and utilities practice at consulting firm AT Kearney. He has worked extensively across all parts of the utility value chain and on a wide range of topics, including generation strategy, trading and risk management, asset management and mergers and acquisitions (M&A).

Powell will be joined on his side by one other speaker, who will be announced in the coming weeks.

Moderating the debate is Stephen Tindale, associate fellow at the Centre for European Reform and former executive director of the environmental group Greenpeace, who is speaking in his own right at the main conference on September 30.

Each side will have the opportunity to deliver a seven-minute opening statement, followed by a two-minute rebuttal to the opposition’s argument and questions from the audience.

Delegates will be invited to vote for or against the motion, or say they are undecided, before the debate takes place, and then again afterwards. The winner is the team that has swayed the most audience members between the two votes, and not the one with highest absolute figure.

The Sustainable Energy Debate takes place on September 16 at the spectacular Siemens Crystal in London. Tickets are available here.