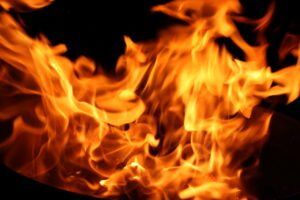 ENE is a joint venture between Low Carbon and a development consortium consisting of Urbis Living, which has been involved in the strategic redevelopment of large parts of South Bristol, and First Generation (UK) Limited, a company that designs, builds and operates combined heat and power energy networks to service communities and industrial and commercial processes.

Combined heat and power (CHP) is a process that cost effectively captures the heat produced in electricity generation and distributes this heat to local homes and businesses. Not only can CHP help to reduce energy usage, it can also reduce carbon emissions by up to 30% when compared to conventional generation.  ENE has been established for the purpose of developing and operating heat and power networks.

Low Carbon is a privately-owned UK investment company, investing in utility-scale projects including solar PV, wind, concentrated solar power and battery storage. The company is making significant strides to diversify its portfolio, realising the potential and opportunity of CHP and district heating.

Steve Mack, Head of Investments at Low Carbon commented, “It’s a truly exciting time to be investing in the heating and CHP market. Heating is the largest part of the energy demand in the UK, compromising an estimated 78% of UK consumer energy bills which have rocketed by 170% over the last 10 years. Furthermore, heating is also the largest contributor to CO2 levels emitted in the UK. The future lies in well-designed and planned CHP plants which will provide lower energy costs for consumers, contribute to local and national energy security and ultimately help in reducing carbon emissions.”

Urbis Living is the lead project developer on the Bedminster project, and is coordinating with Bristol City Council on the deployment of the heat network. Complete plans are expected by the end of July 2016, with construction of the site to begin in Q4 2016, and the first heat offtake expected in Q3 2017. The regeneration of Bedminster could deliver up to a total of 1,000 new homes, powered by highly efficient CHP.

We are thrilled to be partnering with Low Carbon in developing our pipeline of large scale district heating projects.

Martin Pickard, Investment Director at Low Carbon added, “We see a bright future for ENE and further projects in the pipeline. ENE has identified a project pipeline of c.100MW across 19 sites currently being considered for district heat networks. Many of these are backed by DECC, who have provided a total of £9.4 million to local councils across the country to conduct studies into the feasibility of district heating deployment. The momentum is building for the support, design and build of CHP plants across the UK.”